Mayor Calais and Malik the Freak just cut the greatest wrestling promo I've ever seen and the #Jaguars are going to the Super Bowl.

Any filmmaking currently in production should just pack up and postpone filming until next year, because Mayor Calais and Malik the Freak’s wrestling promo just won all the Golden Globes and Oscars and Emmys and any celebrity self-congratulatory award I missed. Yesterday, the Jags were +2200 to win Super Bowl 53 in Atlanta, but after this hype video I’m throwing not only the family farm on them, but my mint condition samurai sword signed by none other than American Idol’s Randy Jackson.

P.S. I don’t know what Elks club they pulled this dude out of, but he was born to be a WWE promo interview guy. They say half of good filmmaking is good casting, the other half is a Goodwill suit and a sparse mustache that you’re legally obligated to tell your neighbors about. 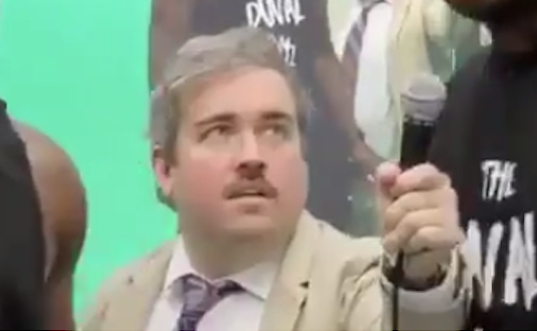