Jacoby Brissett Explains That He Didn’t Want To Be Drafted By Patriots: ‘Hell No, It Better Not Be Them’ 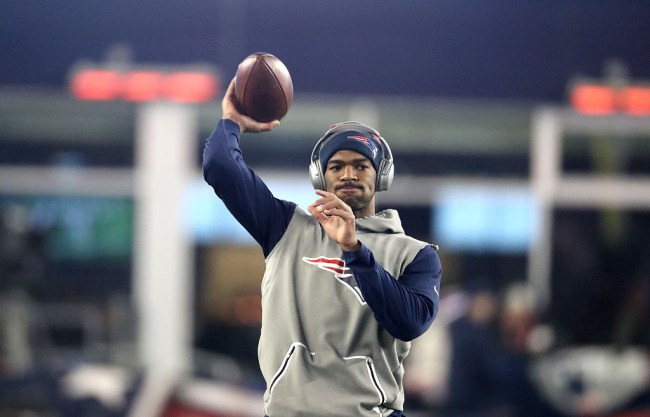 Jacoby Brissett did not want the New England Patriots to call his name in the 2016 NFL Draft, but as we all know, that’s exactly what happened.

It’s no secret that Bill Belichick runs a rather tight ship in New England. There was also a certain quarterback named Tom Brady in the fold at the time and being the backup quarterback to the GOAT may sound appealing to some, but to others, not so much.

Brissett recently joined the McCourty twins’ podcast, ‘Double Coverage,’ and broke down the entire situation as to why he wanted any other team to draft him other than the Patriots. The former NC State quarterback wanted nothing to do with New England.

‘Damn, man’ is certainly one way to respond after being drafted to one of the greatest franchises in recent sports history and becoming a very rich man, but to each his own.

After arriving in New England and experiencing that winning culture, Brissett’s tune changed.

“One of the main things that I learned was just how to be a pro. How to be able to, we would laugh in the locker room and decompress when we weren’t doing football stuff, but when we were in football, everybody thinks it’s like the military. We were locked and loaded. And there was no game where we felt like, ‘Damn, this team might beat us.’”

Brissett only played in three regular-season games with the Patriots before being dealt to the Colts in September of 2017. He’s coming off of an 18 touchdown, six interception season with Indianapolis and will be competing with Philip Rivers for the starting position entering the 2020 campaign.