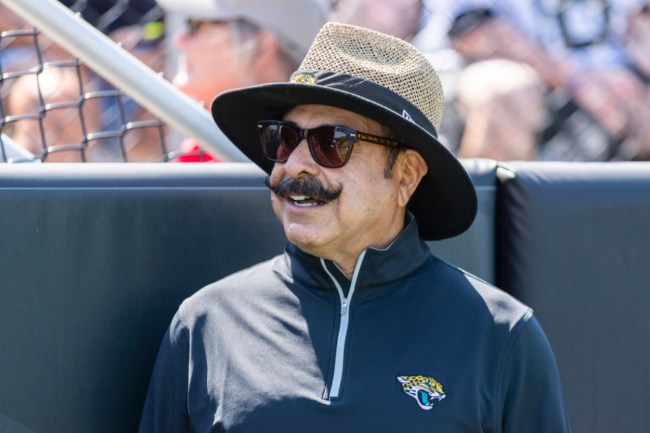 Outside of actually winning two games this season, it’s tough to find one single positive when it comes to Urban Meyer’s first season as the head coach of the Jacksonville Jaguars.

There were the videos of him being danced on at a bar with a woman that wasn’t his wife, he’s threatened to fire anyone leaking information to the media, he looks completely in over his head, and, most importantly, the Jaguars stink out loud.

Nobody expected Meyer to turn this Jaguars team into a playoff contender in year one, but it’s been an absolute disaster every way you look at it.

Jaguars owner Shad Khan isn’t going to make an impulsive decision about Meyer’s future, however, and certainly not one that is based on emotions.

“I’m not impulsive,” Khan said, according to the Associated Press. “I learned that a long time ago with anything that’s this important you don’t want to be impulsive.

While Khan made it clear he’s not going to make a swift decision, he did admit that this situation is different than any others he’s faced in Jacksonville regarding a head coach. Khan isn’t blind to the off-the-field drama Meyer has created.

“What’s different about this thing is you have losses and you have drama,” Khan said. “In the past, it was like, you were, ‘It’s like the lowly Jaguars’ and everyone left you alone. Now, the scrutiny we have is really something different.”

Yes, Khan and the Jaguars are certainly facing “something different” with Meyer still at the helm of this team.

Winning cures all, however, which is exactly what Khan said needs to start happening.

“The plan is you need to start winning now and tell me what you need and that’s what we’re going to do,” Khan explained. “I feel we have a roster that is far better than winning two games.”

The Jaguars do still have games against the Texans and Jets left on their schedule, and it sounds like winning both of those games are incredibly important for Meyer if he wants to cool off his seat.