Jalen Rose Reveals The Dumbest Thing He Bought While Blowing Through A $2.2 Million Contract In Two Years 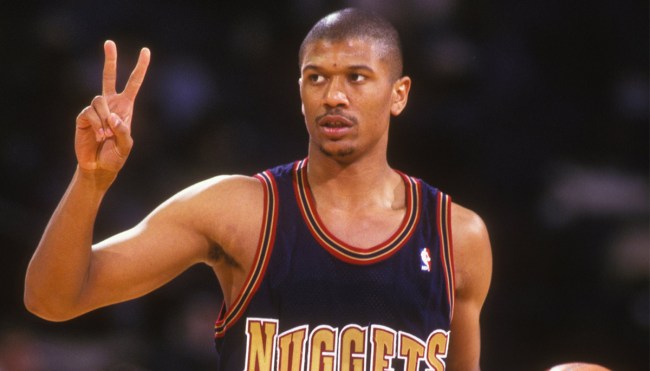 In recent years, a number of high-profile athletes who presumably want to avoid ending up in a Broke sequel have sagely decided to set aside their contract money for a rainy day and spend their playing career subsisting on the cash they rake in from endorsement deals.

Anyone who’s in a position to make that choice in the first place probably doesn’t really have to worry about constantly keeping an eye on their bank account balance or subsisting on a diet of rice and beans. With that said, it’s still a pretty savvy move when you consider the many horror stories about professional athletes who weren’t able to stop themselves from splurging during their playing days without considering the long-term ramification of those spending sprees.

Not everyone who makes some regrettable purchases ends up going Full Antoine Walker, For example, Shaq quickly learned the error of his ways when he dropped $1 million in a single day after joining the Magic as a rookie, and Travis Kelce wised up when he found himself struggling to pay rent after blowing his first contract on shoes and watches.

Based on a conversation Jalen Rose recently had with CNBC, it would appear he has a fair amount in common with the Kansas City tight end. Following his time as a member of the Fab Five at Michigan, he was picked up by the Nuggets with the 13th pick in the 1994 NBA Draft. Rose would make around $2.2 million over the course of his two seasons in Denver—and by the time his tenure there came to an end, he’d managed to basically spend it all.

During the chat, Rose recounted the dumbest purchase he made on his way to making his way through that seven-figure sum: a cellphone for “high-net-worth individuals” that set him back $15,000 that he didn’t use once.

Cellphones were pretty pricey back in the 1990s, but Rose didn’t do himself any favors by opting for a Vertu, a line of cellphones featuring high-end materials like premium leather and sapphire crystal produced by the same company that pumps out Rolls Royces in England. Rose says he was intrigued by the design and the 24/7 concierge service all owners have access to but that he failed to take advantage of a single time.

Thankfully, he turned things around, and based on how he’s doing nowadays, it seems like things worked out just fine.