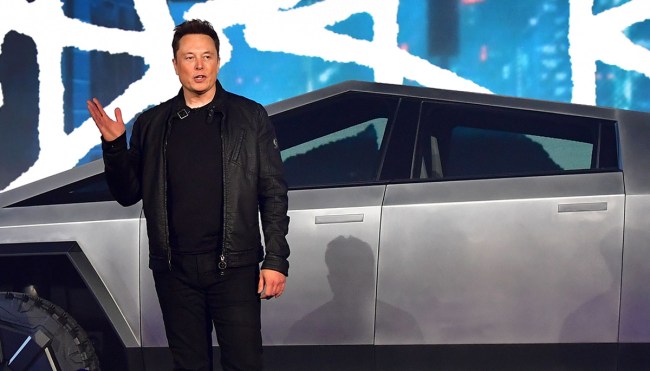 It’s been a very interesting few years for Elon Musk, who went from an almost universally adored tech entrepreneur many people viewed as the closest thing the real world has to Tony Stark to one of the more divisive figures in the business realm.

The billionaire initially made waves last decade thanks to the variety of ways he promised to revolutionize different forms of transportation. The combination of his bold vision and the impressive cult of personality he was able to amass allowed him to drum up tons of publicity (and government contracts) for SpaceX and make Tesla one of the most valuable companies on the planet.

Unfortunately, he’s been unable to avoid falling victim to the Achilles’ heel that’s played a major role in the backlash he’s found himself at the receiving end of: being Cripplingly Online.

Nowadays, it almost feels like Musk has let his business ventures take a backseat to his quest to become the Ultimate Meme Lord. I’d be lying if I said I didn’t actually love how a 50-year-old dude who’s continually flirted with the “Richest Person in the World” label has the sense of humor of a middle schooler, but he just doesn’t know when to stop.

In fact, part of me wonders if his decision to change Tesla prices for the lolz and give his kid an impossibly weird name is intended to distract from news about spontaneously combusting cars that just can’t stop crashing into emergency vehicles while on autopilot into addition to his long history of failing to deliver on many of the ambitious promises he’s made.

Last month, Musk revealed Tesla had hit yet another speed bump when he announced the launch of the futuristic Cybertruck that was unveiled in 2019 had been delayed to next year. However, he did introduce an unconventional stopgap in Germany over the weekend while hyping up the new Gigafactory that Tesla is hoping to open outside of Berlin during an event where he outlined what we can expect at the new facility—which will apparently have its own beer.

Last year, Musk turned an April Fools’ Day joke into reality when Tesla released a limited line of tequila packaged inside a lightning shaped-bottle for $250 a pop. It’s unclear if the “GigaBier” will also be sold to the public, and while there’s no telling how much one of the Cybertruck-inspired bottles will run you if it is, I’m sure there are plenty of Musk fanboys out there who’d be more than happy to drop a pretty penny to secure one.