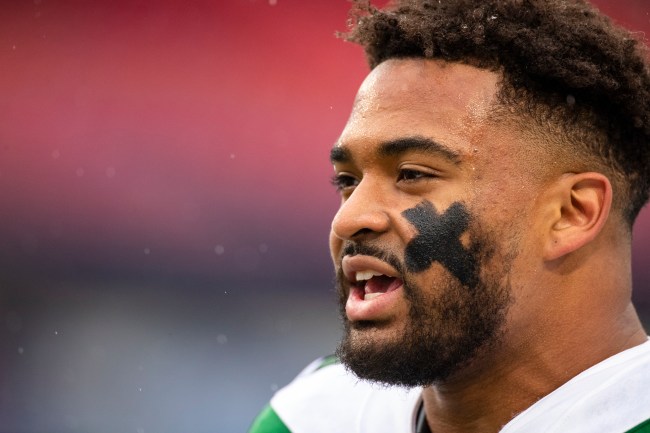 It’s hard to believe the New York Jets would want to trade safety Jamal Adams, but, for all you fans known to scream “J-E-T-S, Jets! Jets! Jets!” each weekend during the fall, it probably isn’t as surprising. After all, Gang Green hasn’t exactly been a pillar of success for some time now, as head coaches have come and gone, and, for those who have been hired, players turning against them.

However, because the 24-year-old, two-time Pro Bowl safety has requested a trade — openly listing the teams he prefers to be shipped off to — it might be time for the Jets and Jamal Adams to split up, because it doesn’t appear as if this relationship can be salvaged. And, if the most recent rumor is true and New York does trade the talented defender, then the team might be doing Adams a huge favor with where he ends up.

That’s because, according to Sports Illustrated‘s Grant Cohn, Adams to the San Francisco 49ers is reportedly “picking up steam,” with the Niners Team Reporter referencing direct messages he received from a “well-placed source” about the potential trade. Take a look below at Cohn’s report, per SI.

I just got a direct message from a well-placed source saying Jamal Adams to the 49ers is “picking up steam.”

This doesn’t mean Adams is coming to the 49ers, but it certainly has more reality than it did a few days ago. And it would be a big deal.

Adams played college football at LSU. Meaning he conceivably could reach out to 49ers outside linebacker Kwon Alexander, who also went to LSU, and ask Alexander to lobby the 49ers to trade for him.

Alexander might not have to lobby hard. Adams is great, available, young and not particularly expensive. The 49ers would have to pay him $7.1 million in 2020, and $9.8 million in 2021 before extending his contract in 2022 when the salary cap could be $50 million dollars higher than it is now.

How much of a Jets move is it to even explore trading Jamal Adams? It’s the epitome of what’s been wrong with the organization for the past decade or so, as they’d prefer to ship off the team’s best defender (who’s on a rookie contract) for assets, rather than try to mend fences from hurt feelings months ago. Man, Adams sure holds all the leverage here.

Who knows if Cohn’s report has legs or not — after all, it came from the daunting “well-placed source” — but, should the Niners add a safety of Adams’ caliber, they’d instantly be the favorites in the NFC to return to the Super Bowl next season.