Jameis Winston Delivers Yet Another Legendary Speech, This Time In Front Of Dak Prescott At A Football Camp 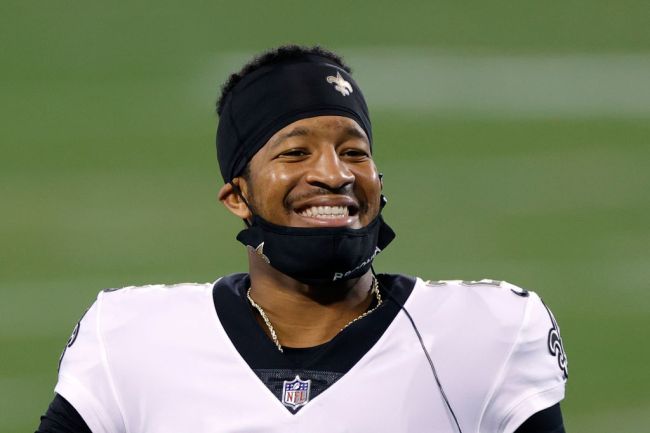 Jameis Winston is one of the great content delivers of our time. Whether it be his performance on the field or the words that come out of his mouth, when Winston is around, people pay attention. Some may be looking on to have a laugh while some are watching to witness what he can do with a football in his hands, but nevertheless, it’s hard to look away at a situation Winston is involved in.

Winston has delivered a countless number of all-time great soundbites over the years. While his finger-licking ‘Eat A W‘ speech still sits atop the power rankings, Winston recently added another great speech to his ever-growing list of soundbites, and this time it came in front of a bunch of kids and Dak Prescott.

Helping out at the Kenny Shaw RAW football camp, Winston addressed a number of kids taking part in the camp and got very honest about his NFL career blessing our ears with yet another hilarious speech.

“I went from being the No. 1 draft pick to everybody laughing at me. “But guess what? I’m about that business. I’m outworking everyone at my position,” Winston said before pointing at Prescott saying “I know Dak is right there.”

The shrug and headshake from Prescott is so great.

Jameis Winston: “I went from being the No. 1 draft pick to everybody laughing at me. But guess what? I’m about that business. I’m out working everyone at my position… I know @dak is right here.” 😂 #Noles pic.twitter.com/UAOXLRFZwk

All jokes aside, Winston did deliver a pretty inspiring speech. Referring to football as “a kid’s game that men play” and to “have faith in belief in yourself” when it gets tough out there would certainly fire up my old high school self.

Winston’s career has certainly been through quite a bit over the past few years having been the starter for the Buccaneers from throwing 30 interceptions in 2019 to then becoming Drew Brees’ backup in New Orleans. Credit where credit is due, though, the guy is still out there working, giving back.