James Conner’s Back Appears To Have Grown Another Back 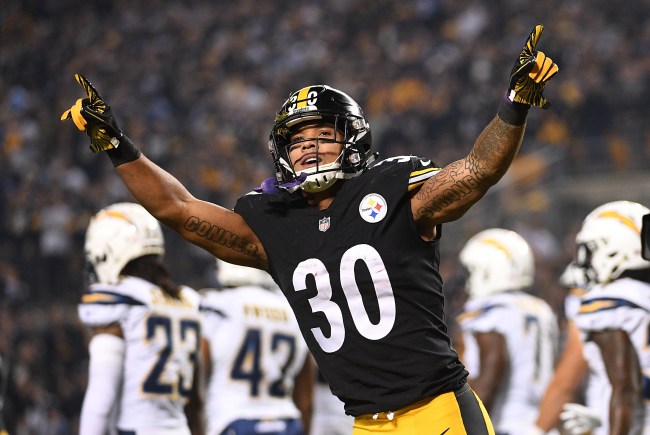 I would not bother writing a post about another man’s bare back unless it was exceptional. A man’s back is a man’s back. Everyone has one and 99 percent of them go rightfully unheralded. It’s a back.

And then there is James Conner. He is not human. We learned this when he ran for 1,000+ yards and 16 touchdowns a year after being diagnosed with Hodgkin’s Lymphoma.

The 25-year-old is coming off a season hampered with injuries, and a huge year in 2020 would do him a whole lotta good seeing as he is playing out the final year of his contract in Pittsburgh.

He knows this, and so does his GIGANTIC BACK.

It looks like the dude ate a yield sign. I’ve lived in apartments with less square-footage than that. That target is so big even Blake Bortles could hit it on the run. That back is so big, it should be in a Juvenile music video.

For perspective on how far Conner’s come, here is a picture of him standing next to Aaron Donald, who himself is a Transformer masquerading as a human being.

Now if you’ll excuse me, I need to do two sets of six with my girlfriend’s turquoise weights.