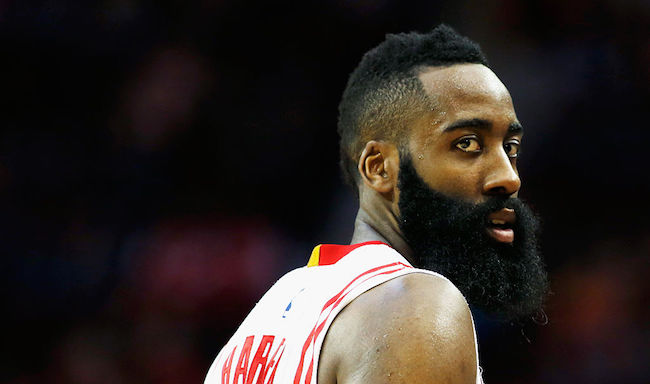 Last night, the Houston Rockets and the Los Angeles Clippers faced off for the first time since Chris Paul used his inside knowledge of the Staple Center to infiltrate the Clippers locker room to confront a couple of players after a particularly chippy contest in January. The Rockets eventually came away with a 105-92 victory when the final buzzer sounded, but it’s kind of dumb they even bothered finishing the game after James Harden essentially ended it early on with one of the most spectacular displays of disrespect I’ve ever seen both on and off a basketball court.

Harden went on an absolute tear after the opening tipoff that helped the Rockets amass a 21-point lead with little over a minute remaining in the first quarter, which is when the fateful moment occurred. With the ball in his hands, Harden managed to shatter the ankles of Clippers guard Wesely Johnson after a particularly vicious crossover before staring him down for two full seconds prior to draining a dagger of a three.

The internet quickly went to work.

Even Johnson knew there was nothing he could do but laugh.

ALSKSKFKRJFJEKEKNDJDJDK ALL HE COULD DO WAS SMILE AS HE GOT BACK UP pic.twitter.com/lLNJzO92MU

After the game, Harden explained his side of the story by claiming he wasn’t actually trying to be disrespectful: