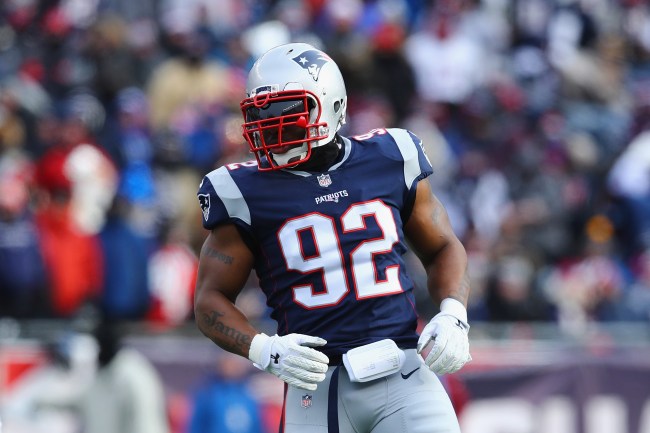 James Harrison is one durable bastard. The 39-year-old has played 15 hard-nosed seasons as an NFL linebacker after going undrafted in 2002 fresh out of Kent State. It has become clear since he entered the league that all he wants to do is gobble up weights and hit someone.

T.J., you’re not the only one. Whether it’s watching Harrison push 1,800 pounds across the gym or repping 405 lbs. on the incline bench or hip thrusting 700-plus pounds, I would not want to be asked to spot that monster.

Well, we are two weeks out from Harrison’s 40th birthday and he is showing no signs of slowing down in the weightroom. His latest eccentric workout: whatever the hell this is…

Oh by the way, Harrison has no plans to stop playing football into his fourth decade on this earth. I’m on my third season of Men’s League basketball and my entire body is breaking down. Some people are just made of different stuff.