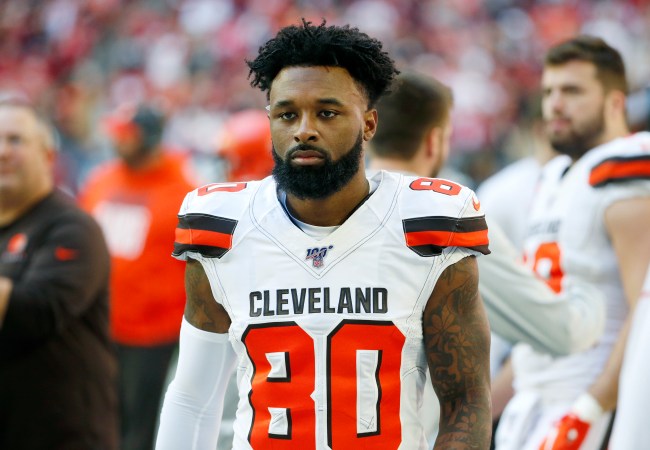 At the time of this writing, I wouldn’t be surprised if NFL reporter Michael Silver is talking to authorities about going into witness protection after reporting that multiple Browns players, including Odell Beckham Jr. and Jarvis Landry, pleaded with the Cardinals to ‘come get me‘ during their week 15 loss.

More fallout from the Jarvis Landry tirade during the Browns-Cardinals game: I'm told by two sources that before the game ended, 'multiple' Browns players yelled at the Arizona sideline to 'come get me'–asking to come play for the Cardinals. Landry, I'm told, was one of them.

The report was covered by nearly every sports media publication and was brought to the attention of newly announced Pro Bowler Jarvis Landry, who personally called Silver out in his alleged false reporting.

“Michael, or whoever the source was, it’s all about clicks now,” he said. “Don’t try to slander my name. If you didn’t hear me say it directly, you shouldn’t have to be able to report about it.

“I would never say nothing like that. I think that the passion and the team I play for, they trust and know my heart and know that I’m in this and I would never look to another team during a game, especially that we’re losing and say ‘Come get me’ with a worse record than we have.”

Odell had previously called bullshit on the report, saying, “I’m not going anywhere.”

Despite the backlash, Michael Silver stood by his report, while he Homer Simpson’ed into the bushed, probably.

I stand by my report and the multiple sources behind it. Thanks! https://t.co/4hA4kTsjZq

At 6-8, the Browns will be the only team in the league without a winning season this decade, but their playoff hopes are not yet dashed, mathematically speaking.

According to BrownsWire, the Browns are in need of something just short of wizardry to make the postseason.

In Week 16, these four outcomes must all happen:

If all four of those happen, the Browns carry playoff life support into Week 17. Then all four of these games need to fall just right:

If all that plays out exactly as needed, the 8-8 Browns would win a 4-way tie with the Steelers, Titans and Colts for the No. 6 seed by virtue of having the best AFC conference record.

I need this to happen. Need it.