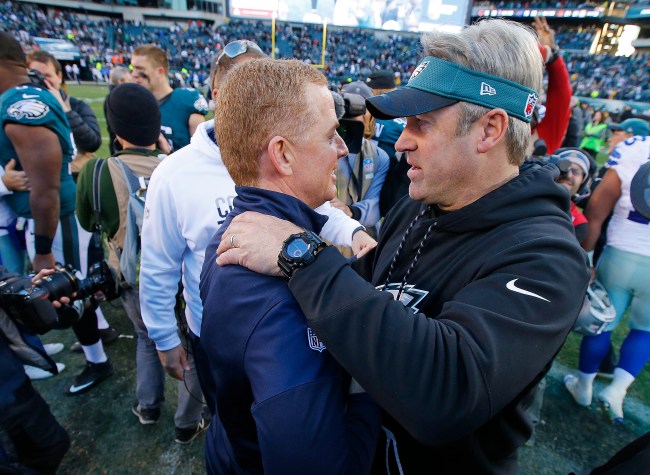 I don’t know why I expected more from Jason Garrett, the human equivalent of black licorice.

Maybe it’s because the Cowboys have lost three straight, and most recently shit the bed to a previously winless Jets team. Maybe it’s because Cowboys fans have created a GoFundMe to pay off Garrett’s $3 million contract and have him fired.

I don’t know what it is, but if Garrett isn’t going to show me a little fire after the coach of a division rival guaranteed to come into Dallas next week and leapfrog them in the NFC East, it will never happen.

Eagles coach Doug Pederson said to 94.1 WIP on Monday, “We’re going down to Dallas, and our guys are gonna be ready to play. And we’re gonna win that football game, and when we do, we’re in first place in the NFC East.”

Pederson just whipped out his meat popsicle and took a piss on the star at midfield.

It’s actually impressive Garrett was able to speak coherently directly after getting his balls snipped off.

He is who I thought he was.