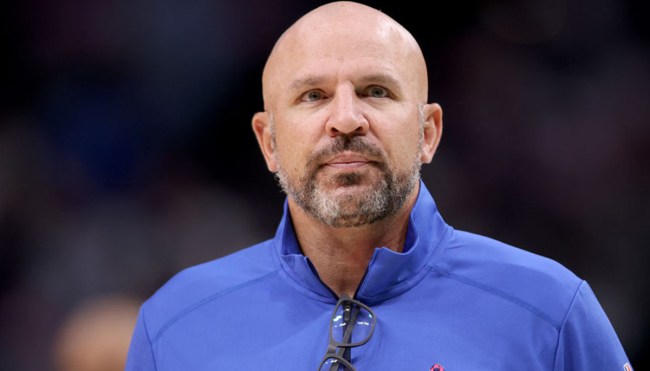 In 1994, Jason Kidd kicked off his storied NBA career when he was scooped up by the Dallas Mavericks with the second pick of the NBA Draft. From that point, it didn’t take long for the point guard to establish himself as a force to be reckoned with thanks to his impressive court vision, insane passing ability, and some quality lockdown defending.

Like many guys who took the league by storm during that era, Kidd embraced some style choices that haven’t exactly aged well in a world where many NBA players are known for being on the cutting edge of fashion; bleached hair, Kangol hats, and oversized jeans might’ve been viewed as a good look back then, but it’s safe to say those sartorial choices haven’t exactly stood the test of time.

Kidd’s time as an NBA player came to an end in 2013 when he retired after 19 seasons, but it didn’t take long for him to return to the court after deciding to give coaching a shot. After stints with the Nets, Bucks, and Lakers, J-Kidd decided to take his talents to Dallas over the summer in the hopes of breathing new life into a Mavericks organization that found itself in crisis mode during the offseason.

The new coach recently had his media picture taken during a photoshoot where he apparently asked the wardrobe department for an aesthetic best described as “a bowling shirt inspired by the Little Lad in the ‘Berries and Creme’ commercial.”

For every 25 likes this gets, we'll make Jason Kidd's collar bigger pic.twitter.com/RLKAbbw9T7

On Thursday, the Korked Bats Twitter account made good on its promise to enlarge the laughably oversized shirt collar for every 25 likes the post received. It’s safe to say things escalated very quickly from there, as Kidd’s picture got one of the more absurd Photoshop treatments you’ll ever see after it started making the rounds.

Keep scrolling. I promise it’s worth the payoff.

Things eventually reached a point where a change of scenery was required.

And then it happened again.

Sometimes the internet is good. This is one of those times.