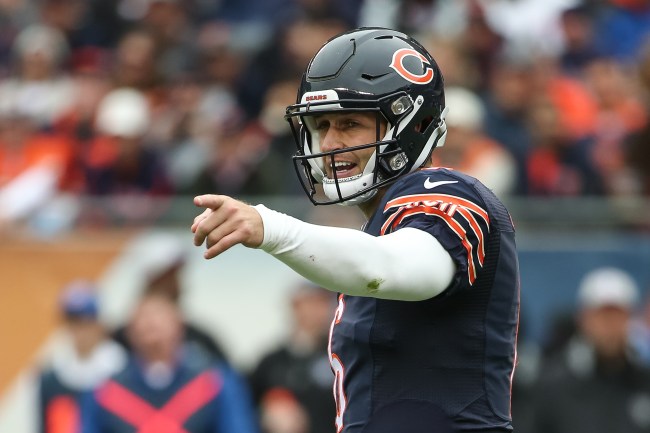 All Jay Cutler wants to do in his retirement is watch live feeds of deer eating out of deer feeders,  experiment with various sex positions with Kristin Cavallari, and avoid cyberbullying.

He’s mint on two out of three of those endeavors, but was unable to avoid a social media ribbing after he and his voluptuous hair showed up at Soldier Field Thursday night for the Bears opener against the Packers.

whatever you think of Jay Cutler, this much is undeniable: the man has incredible hair https://t.co/6566YYwZk8

The Bears lost a repulsive game by the score of 10-3 and there’s some debate over whether or not Smokin’ Jay’s presence at Soldier Field contributed to the L.

One thing is for sure, if Mitch Trubisky continues to throw 45 times without a touchdown, the gracious people of Chicago could look to court the man who perpetually looks like he never really gives a fuck.

The most focused Jay Cutler has ever been on Soldier Fieldpic.twitter.com/wl6bMQwStc

Jay Cutler is me, when Patriots fans are speaking. pic.twitter.com/KWOnfNcR5Q

The Jay Cutler curse is real. Can we please ban him from Soldier Field 🤦🏼‍♀️😒

Can we get a Jay Cutler 30 for 30, or at the very least a goddamn locker room speech. Dude is lightning in a bottle.