Billionaire Amazon Founder Jeff Bezos Is Reportedly Interested In Owning An NFL Team, But Which One? 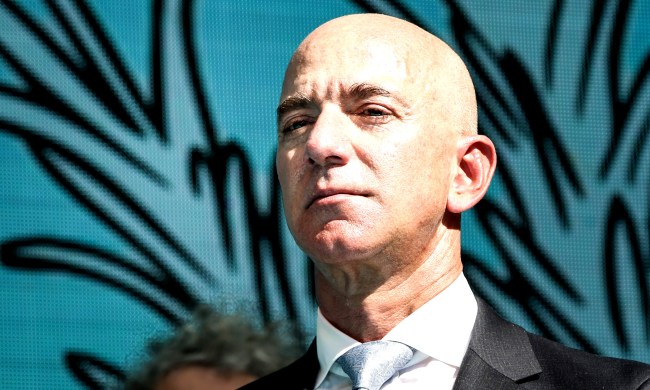 Amazon founder Jeff Bezos may no longer be the richest person in the world thanks to his ex-wife MacKenzie getting $37 billion of the couple’s fortune in the couple’s divorce, but he’s still got more than enough cash to be a serious player in the world of sports if he wants to be, and reportedly, he does.

Bezos, who in 2017 became the first person in world history to be worth one hundred billion dollars, has reportedly become chummy with several current NFL team owners, according to CBS Sports’ Jason La Canfora.

Jeff Bezos right in front of the NFL Commissioner at the Super Bowl. pic.twitter.com/sAn6C3Exok

The Amazon CEO, who also owns the Washington Post and is in the midst of moving to the District as the company builds its new hub, is reportedly getting pretty tight with Redskins owner Dan Snyder.

No NFL teams are currently for sale, at least publicly, however two franchises, the Seattle Seahawks and the Denver Broncos may be had following the deaths of Paul Allen and Pat Bowlen.

Bezos founded Amazon in Seattle in 1994 and has lived in the area since then so any interest he may have in owning the Seahawks is certainly understandable.

So Matt Ryan and Jeff Bezos are boys now?!? pic.twitter.com/oJRSIZIkhB

Also of note, Amazon has had a streaming deal with the NFL since 2017 and has produced the All or Nothing series since 2016 that has featured the Arizona Cardinals, Los Angeles Rams, Dallas Cowboys, and Carolina Panthers.