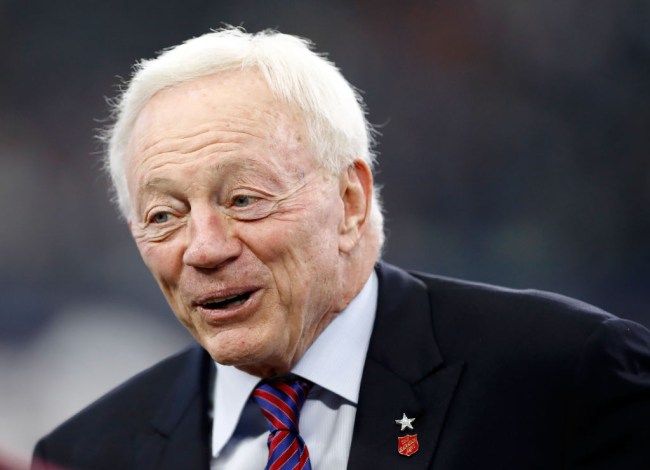 Last year, Urban Meyer unexpectedly announced he’d be retiring as the coach of Ohio State after a season plagued by multiple scandals brought to him courtesy of his former assistant coach and noted shithead Zach Smith.

Meyer would go with the classic “health and family” one-two punch when explaining why he decided to hang up the headset, but less than a year later, it would appear he’s fully recovered from whatever ailments he had and is sick of everyone he’s related to based on the speculation concerning his potential return to the sidelines.

Last week, Meyer stoked the furnace at the rumor mill when he was asked about what he would do if he was given the chance to coach the Cowboys, telling Colin Cowherd he “absolutely” would if presented with the opportunity.

Dallas has gotten off to a lukewarm 4-3 start to begin this year’s season and Cowboys fans (as well as some players) aren’t exactly thrilled with Jason Garrett, whose underwhelming job so far inspired one supporter to launch a GoFundMe to buy out the rest of his contract.

Garrett certainly isn’t the worst coach in the NFL, and while I can understand why some people are frustrated with his performance so far, the team could certainly do worse.

Of course, they could also do better and it seems like there are plenty of people out there who are of the opinion Meyer would be an upgrade.

Jerry Jones has gone on record as saying Garrett isn’t currently on the hot seat but it would appear he’s flattered Meyer has a high opinion of the team, as 247Sports reports he chatted with a radio program on Tuesday where he thanked the coach for his kind words, saying:

“For Urban Meyer to say that is a compliment. Period. I really know that. The job is a great job. Now, that’s not implying that I made it that way or I don’t make it that way. It’s just the place to be.”

You’d have to read more into those comments than anyone has ever read into anything to think this means Meyer is even close to being hired but it’s clear Jones also has a pretty high opinion of the coach, so if Garrett continues to shart the bed as he has so far this season, I think we may have found a likely candidate for the position.