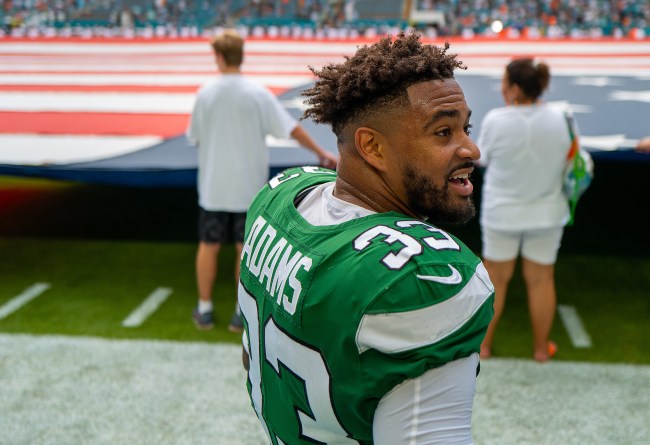 Just two weeks ago, Jets Pro Bowl safety Jamal Adams was at odds with team management for allegedly going behind his back to shop him to the Dallas Cowboys before the trade deadline.

The trade never came to fruition and Adams was sentenced to finish out the season with the hapless Jets.

On Sunday, the Jets experienced the foreign sensation of a win against the equally pathetic New York Giants by a score of 34-27, thus improving to 2-7 on the season.

Adams looked to have buried the hatchet with his franchise, playing an essential role in securing the win–posting nine tackles, including two sacks, and this freakish strip-sack for a touchdown in the third quarter.

After the game, the third-year safety twisted the knife on Daniel Jones for literally handing him a touchdown en route to their sixth straight loss.

In Jones’ defense, he had one of his best games of the season, throwing for 308 yards, 4 TDs, no interceptions, and a passer rating of 121.7. And Sam Darnold still beat him. Wow the Giants are poopy.