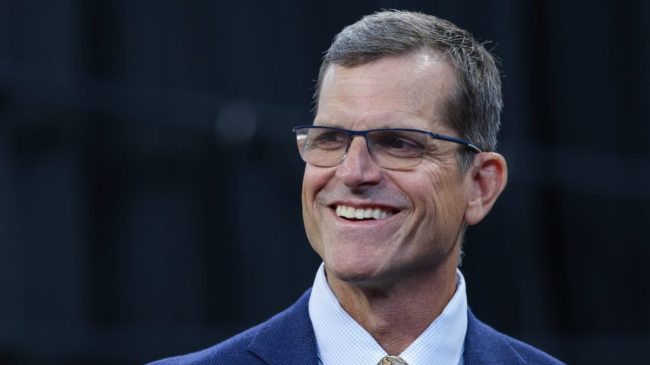 This year’s team, however, is going to look much different. The Wolverines lost Heisman Trophy finalist Aidan Hutchinson to the NFL as well as a slew of additional talent. One things that remains the same is starting quarterback Cade McNamara.

Or so we though.

McNaMmara started all 14 games in 2021, throwing for 2,576 yards to go along with 15 touchdowns and just six interceptions. He returns as a redshirt senior in 2022. But he won’t be the Wolverines’ guaranteed starter.

Instead, McNamara will do battle with true sophomore JJ McCarthy. McCarthy was a five-star recruit in the class of 2021 and appeared in 11 games last season. He threw for 516 yards, five touchdowns and two picks in limited action.

Harbaugh announced a strange plan for the two over the weekend. McNamara will start week 1 against Colorado State, while McCarthy gets the call week 2 against Hawaii. The coaching staff will then make the call on who gets the job from week 3 onward.

If that weren’t confusing enough, Harbaugh had a strange explanation for the decision on Monday.

“Some people have asked ‘how’d you come to that decision? Was it based on some kind of NFL model,'” he said. “No, it’s really based biblical. Solomon. He was known to be a pretty wise person.”