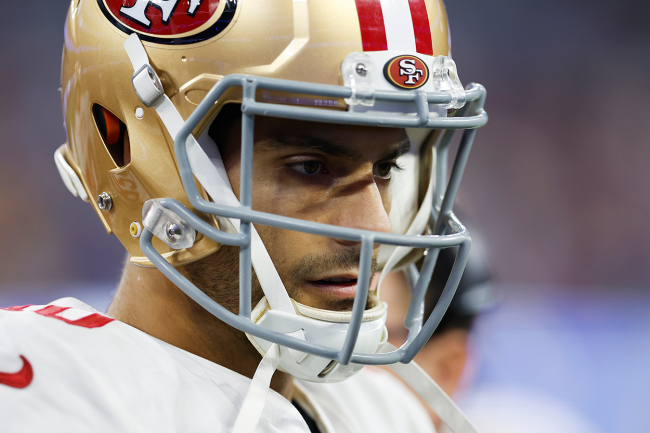 However, it sounds more and more like it will be the latter.

Garoppolo, 30, has been with San Francisco since 2017 and helped lead the team to the Super Bowl in 2019. Outside of that one year, there has not been a significant amount of success.

In addition, the 49ers have 2021 rookie Trey Lance in waiting and leaked practice video from his first year in the NFL show a lot of promise for a lot less money. Thus, he is presumably set to start in 2022 with Garoppolo playing next season elsewhere.

The organization has been actively seeking a trade for Garoppolo, but the market is small and he is not in high demand at his current price tag. In addition, he recently underwent surgery to repair the labrum in his throwing shoulder without consulting the 49ers.

Thus, unless Garoppolo is willing to take less money on a new contract as a part of a trade — which he won’t — there is not much interest. According to Pro Football Talk, the most likely scenario is that he will be cut by San Francisco.

The team does not have to decide today. Garoppolo’s salary does not become guaranteed until Week 1, so the 49ers can wait it out before making a decision.

With that being said, the market just isn’t there right now and cutting Garoppolo would only cost the team $1.4 million in dead cap money. Meanwhile, cutting him would open up more than $25 million in cap space.