Jimmy Garoppolo Gets Called Out For Being A Consistently Terrible Tipper, Playboy Model Agrees 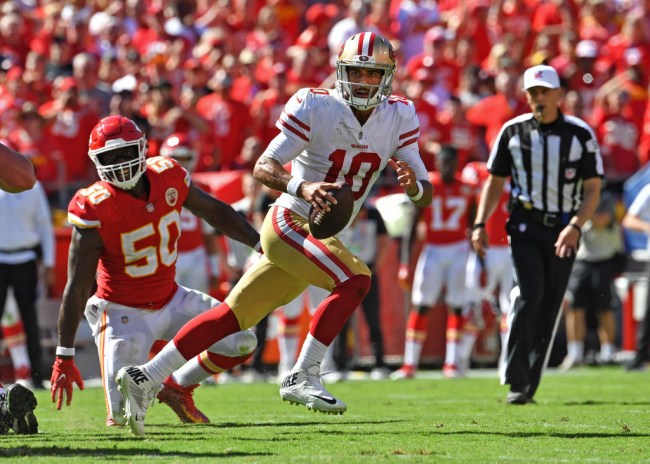 The San Francisco 49ers made Jimmy Garoppolo the highest-paid player in the NFL in February by inking him to a five-year, $137.5 million deal as a 26 year old. If Garoppolo doesn’t make another dollar outside this contract, he could live on $1.85 million per year if he lives to 100. Mind you, this does not include endorsements and incentive-based bonuses. Fuckin ‘A.

Garoppolo, who is currently sidelined with an ACL tear, is universally liked by pretty much everyone but his exes. After his injury, ex-girlfriend Alexandra King took to Instagram to rub salt in the wound by simply posting “Karma 🙂.” King’s own mother then piled on in a text screenshot King posted to Instagram that read “Payback’s a bitch!”

Jimmy G may earn himself a few more haters after a fan documented how shitty a tipper the quarterback is.

Check out this screenshot captured by Sports Gossip: 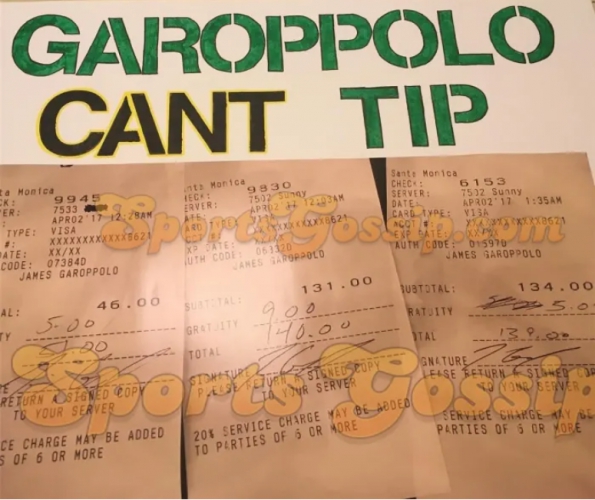 I like Jimmy, and I’m trying to find a valid out for him on this one. I briefly considered that maybe he was with a party of 6 or more, which would already add a 20% gratuity, but that is unlikely seeing as a $46 bill for six people would mean ice waters and kids menu chicken tenders all around.

This accusation was affirmed by Playboy Model named Kindly Myers, who claims to have served him at a bar. 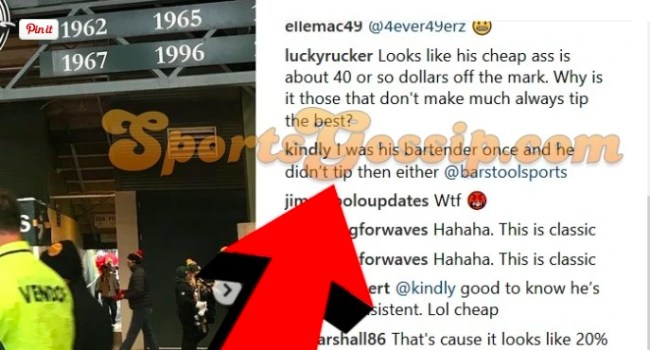 She wrote: “I was his bartender once and he didn’t tip then either.”

If you’re not going to tip for a woman as attractive as Kindly, you’re not tipping for anyone.

Jimmy has yet to respond. Probably too busy being a cheap ass.