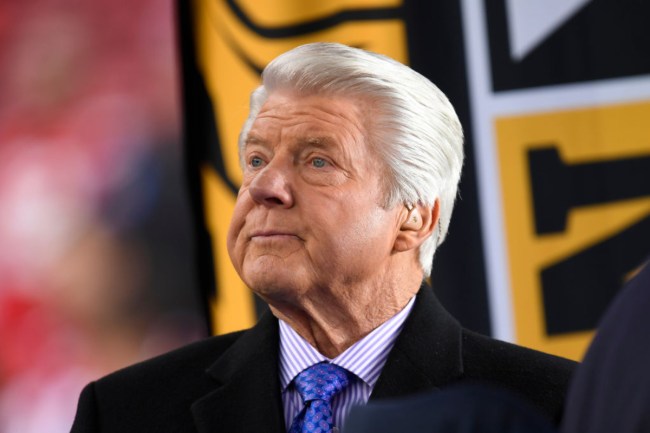 The vast majority of people out there didn’t think that Urban Meyer was going to turn things around for the Jacksonville Jaguars, most people thought the experiment was going to be a dumpster fire.

Those people were right, the Meyer experiment in Jacksonville was a disaster right from the get-go.

Jimmy Johnson understood that Meyer was likely going to struggle as well, only he seems to think Meyer’s failure is a result of those around him and not actually Meyer himself.

“Going to Jacksonville, just like when I went to Dallas, you knew you were gonna lose, you’re gonna have adversity,” Johnson explained. “The difference is, in Dallas, I had my entire coaching staff from college. I had my administrative assistant, I had my P.R. director, I had my trainer. We were all on the same page when we had adversity.

“He didn’t have that in Jacksonsville. There was a lot of backstabbing, one thing or the other, because he didn’t have his people.”

Johnson and Meyer are good friends, according to Andrew Marchand of the New York Post, so it’s not surprising to hear Johnson stand up for Meyer.

Having said that, every fan, media member, and anyone with a pulse understands that Meyer’s own actions were what did him in with the Jaguars.

You have the infamous bar video, which saw Meyer grinding with a woman that wasn’t his wife. He reportedly called his assistant coaches losers, lied about his confrontation with Marvin Jones Jr., and allegedly kicked Josh Lambo. There’s even more, but those are just a handful of the actions that stand out.

Also, Johnson’s comment about Meyer not having “his people” is ludicrous. Meyer made the coaching hires, as soon as they signed a contract with the Jags they turned into his people.

Nobody expected Meyer to turn things around in year one, but this was a disaster beyond epic proportions.