Joe Burrow, Likely Soon To Be Bengal, May Be In For A Wakeup Call After Saying ‘I’ve Never Had A Losing Season In Sports’ 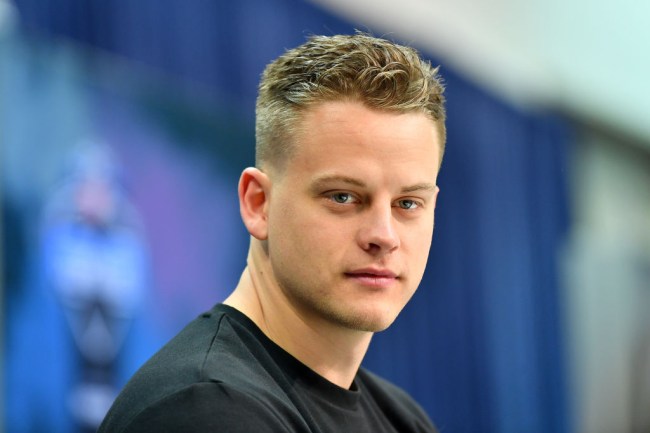 The Bengals will select Joe Burrow first-overall in the NFL Draft in two weeks, but if they decide not to, well, they deserve to never have a winning season again. Burrow is fresh off of one of the greatest college football seasons in the history of the game and checks every box imaginable when it comes to having a successful stint in the NFL.

Maybe the only thing that could hold Burrow back is the fact that he’s going to be playing for a team that went just 2-14 a year ago and hasn’t won a playoff game since 1990, six years before he was even born.

Burrow recently joined Shaq on ‘The Big Podcast‘ and made it known that he’s only used to winning and that losing really hasn’t been a part of his life for as long as he can remember.

Even after Burrow joins the franchise, Cincinnati will still be in re-build mode. While the addition of Burrow very well could result in the Bengals stealing a game or two next season, he can’t also play on the defensive side of the ball or on the offensive line, two spots they desperately need some help in.

There’s absolutely nothing wrong with Burrow’s statements and if they come off cocky, can you blame him? He’s fresh off of a national championship, hoisting a Heisman Trophy and is set to be the top pick in the 2020 NFL Draft; you don’t necessarily earn those things by lacking in confidence.

The Bengals aren’t going to be world-beaters next season, maybe not even the next, so it will be interesting to see how Burrow handles things after joining the franchise. My guess is he handles everything in stride.