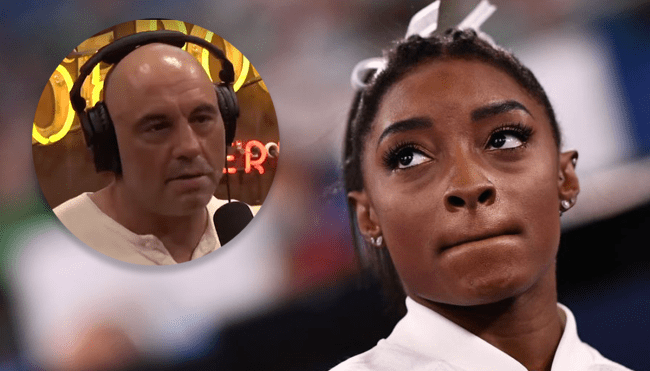 Simone Biles didn’t really have anything left to prove heading into the Tokyo Olympics, but the gymnast who forced the international federation that oversees the sport to change its rules by virtue of being too damn good was expected to absolutely clean up over the course of the Summer Games.

However, things took a very interesting turn earlier this week when Biles unexpectedly withdrew from the team all-around competition in the middle of the finals, citing mental health issues. The culprit was ultimately revealed to be a case of the “twisties,” which is essentially the gymnastics equivalent of the “yips” that can cause an incredibly dangerous disconnect that makes it difficult for athletes to keep track of the position of their body while spinning around in the air.

When you consider Biles herself detailed the phenomenon on Instagram, there isn’t really much need to speculate about the true reason she decided to prioritize her safety by withdrawing. However, when you consider Joe Rogan needs to keep “just asking questions” like the rest of us need air to breathe, it should come as no surprise he thinks he’s stumbled upon the real explanation for her withdrawal: withdrawal from prescription drugs.

The podcast host chatted about the situation with Yannis Pappas on the most recent episode of The Joe Rogan Experience, where he noted Biles routinely takes Ritalin to treat ADHD. While she has secured a therapeutic waiver to compete with the drug in her system in the past, Rogan noted it’s illegal to bring the medicine into Japan, where it’s not approved to treat the hyperactivity disorder.

Now, it’s worth noting this is an absolutely vintage Joe Rogan conversation littered with unsubstantiated claims, excessive uses of “I think,” and references to things the unspecified “theys” of the world are purportedly saying. With that out of the way, Rogan says he believes Biles could’ve been dealing with the mental health issues that come with suddenly being deprived of a prescription drug she’s been using for years.

Regardless of whether or not this is the case, Rogan made it very clear he’s on Team Biles by blasting the “disgusting” keyboard warriors who took great joy in tearing her apart for her decision to do what she thought was best for herself—a stance I think any rational person can agree is 100% correct.