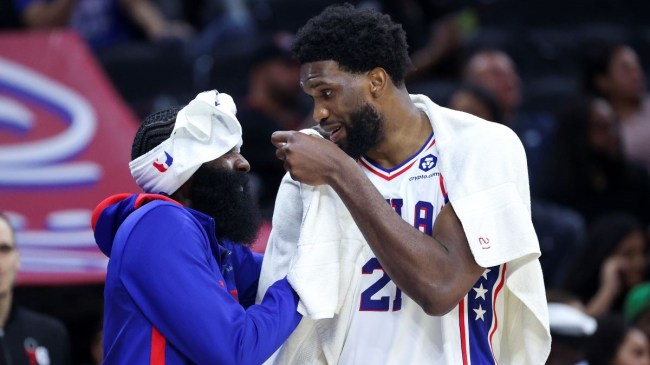 The Philadelphia 76ers are one of the hot favorites to win an NBA Championship. According to DraftKings Sportsbook, Philadelphia opens the season at +1500 to win the Larry O’Brien Trophy. That gives the Sixers the seventh-best odds in the league and the fourth-best in the Eastern Conference.

Much of the optimism is due to the potentially dynamic pairing of superstars Joel Embiid and James Harden. Embiid finished second in the NBA MVP voting a year ago and Harden, a former league MVP in his own right, has reportedly lost a significant amount of weight in preparation for the new season.

Combine those two players with the growth of third-year guard Tyrese Maxey, valuable role players like Tobias Harris, and new additions such as P.J. Tucker, Danuel House and Montrezl Harrell and it’s easy to understand the excitement around the Sixers.

The team is the product of Sixers’ general manager Daryl Morey, who came to Philly a year ago after a lengthy and successful tenure in Houston.

Kevin O’Connor of The Ringer recently wrote a profile of Morey and his hunt for his first championships. One of the people he spoke with to the piece was Embiid, who praised his new boss and took a thinly-veiled shot at a former one.

Former Sixers GM and cult hero Sam Hinkie was responsible for drafting Embiid. The two had a good relationship, but Hinkie eventually resigned from his position. Hinkie’s resignation came following Adam Silver’s installation of Jerry Colangelo as the team’s Chairman of Basketball Operations.

So when O’Connor asked Embiid about Morey, he could help but take a swipe at Colangelo along the way.

“Since I’ve been here, all of the GMs were really smart, except one. There’s been so many crazy stuff. We had a crazy GM tweeting about his players, going crazy on Twitter, which was insane. While I’m here, I must be the most unlucky player in the world.” —Joel Embiid

Colangelo may have blamed his wife for the scandal Sixers fans call Burnergate. But Embiid isn’t buying that excuse.

The Sixers open the new season on Tuesday against the rival Boston Celtics.