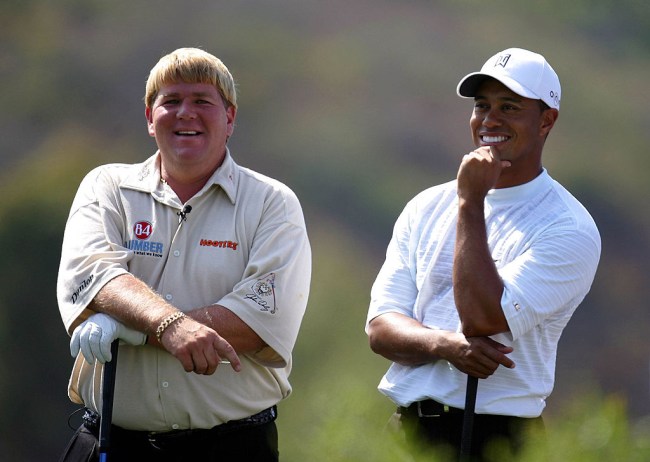 While it’s certainly possible to get through a round without a golf cart and a six-pack, I’ve personally found incorporating both of those things into a day on the links generally makes things much more enjoyable and I think there’s at least one person who’d agree with me: John Daly.

I certainly didn’t expect to see Daly making headlines ahead of this week’s PGA Championship at Bethpage Black but that’s exactly where I found his name yesterday after Tiger Woods threw some shade in his direction for asking the PGA for permission to use a golf cart during the tournament.

“I walked with a broken leg.”

Friendly reminder @TigerWoods is as tough as they come. #PGAChamp pic.twitter.com/01wyfhQWEa

While Woods eventually got his leg fixed, USA Today reports Daly—who qualified to play in the PGA Championship for life after winning the title in 1991—hasn’t been able to find a doctor able (or willing) to address the osteoarthritis in his right knee that prevents him from walking downhill, which is why he says he needs to use a cart this week.

Daly shot back at Tiger and said he wished Woods knew “all the facts” before addressing the issue at yesterday’s press conference and insinuated he could have helped change the dialogue around the issue by making a more informed comment.

He claims there’s nothing more he’d like to do than walk alongside his peers and said he thinks taking a cart is actually a disadvantage. He says he’s also started to take better care of himself in recent years—with one exception, as he says he’s “cut back on everything except smoking my cigs.’’

John Daly is a national treasure and Tiger should be grateful that he’ll even have the privilege of playing in his presence—cart or not.