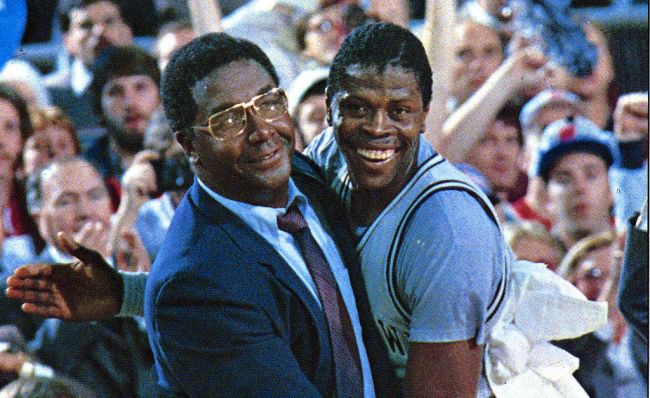 Former Georgetown coach John Thompson — one of college basketball’s most legendary coaches — has died at the age of 78-years-old, according to friends and family. At this time, there is no word on Thompson’s cause of death yet.

Thompson, born on September 2, 1941, coached the Georgetown Hoyas from 1972 to 1999. In 1984, Thompson became the first African-American head coach to win a major collegiate championship when his Patrick Ewing-led squad won the NCAA College Basketball National Championship over the Houston Cougars. During the height of the program’s power during the 1980s, the Georgetown Hoyas reached four Final Fours, winning one.

In addition to being a Hall of Fame coach, Thompson himself was a player, as played for the Boston Celtics for two years after being taken in the third round in the 1964 NBA Draft.

During his tenure at Georgetown University, Thompsons went 596-239 over the course of 27 years. Perhaps more importantly, 97% of his players stayed all four years and left with a college degree, according to the Atlanta Journal-Constitution.

The thoughts of the BroBible staff are with Thompson’s friends, family, and loved ones at this time.