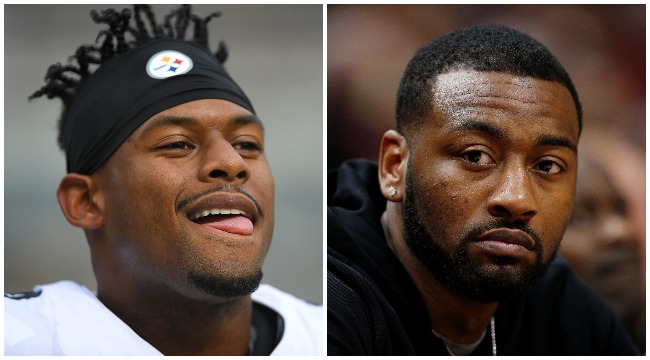 Soooo Wizards star guard John Wall will be out for an estimate 12 months after slipping and falling at his home last week and rupturing his achilles. Do not laugh.

It is as bad for Wall as it is for the Washington Wizards franchise, who in 2017 signed the five-time All Star to a 4-year extension worth $170 million starting in 2019. Yes, $170 million. That is a lot of money on the books for a player whose injury doesn’t guarantee him to return to pre-injury form.

It’s especially sad for Wall, who has never made it out of the second round of the playoffs in his entire career with the Wizards, a team that is perpetually too good to tank and too bad to compete aggressively.

The internet had no mercy on Wall due to the nature of his injury, which is to be expected of keyboard warriors who face no consequences. But Steelers receiver JuJu Smith-Schuster, a dude who should understand that health is a privilege not a right in professional sports, didn’t hold back his amusement. 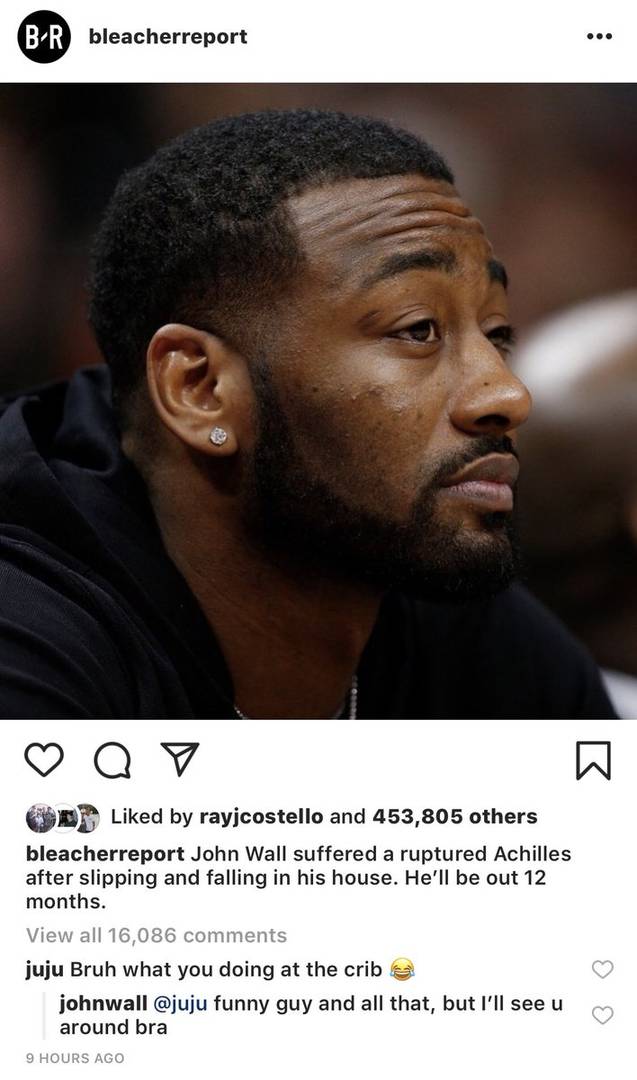 JuJu’s jab seems more absent-minded than malicious, but to throw a crying laughing face at an injury that Wall has to be embarrassed by, deserves a call out.

This is ice cold:

Who you got: A healthy John Wall or JuJu Smith-Schuster?