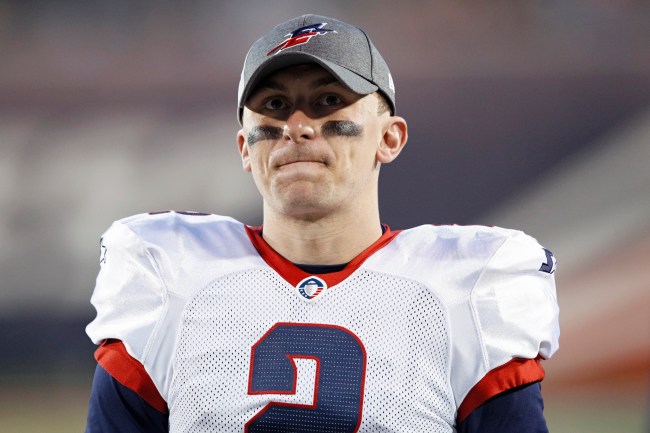 The Alliance of American Football made it a whole 52 days before reports hit today that football operations will be suspended with the league’s destiny up in the air. The news comes just weeks after reports that the AAF was in desperate need of a $250 million cash infusion just to keep the lights on.

It should be noted that the league hasn’t dissolved yet, but Pro Football Talk reports that it is certainly heading that way.

The league, which boasts high-profile players like Trent Richardson and Christian Hackenberg (okay, medium profile), seemed to get the signature player it needed by inking Johnny Manziel to a deal on March 16. The clout of Johnny Football evidently couldn’t shoulder the weight of the AAF’s financial woes, and it remains to be seen whether we’ll ever see the former Heisman Trophy winner play competitively again.

In the wake of the dire news of the AAF’s futile future, Manziel directed a message at current players to be stingy with their paychecks.

If you’re an AAF player and the league does dissolve. The last check you got will be the last one that you get. No lawsuit or anything else will get you your bread. Save your money and keep your head up. It’s the only choice at this point unless something drastic happens.

Just the reality of this unfortunate situation.. great concept, good football on the field and fun for fans to watch. Just not enough money to go around which has been the main problem with “other” leagues for a long time.

Welcome to The Alliance, @JManziel2. pic.twitter.com/CO1z4eiDLb