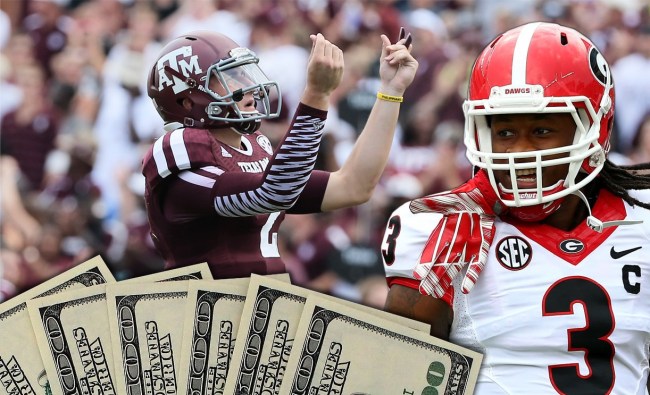 On Tuesday, a report surfaced that claimed the University of Tennessee football program reportedly gave recruits McDonald’s bags filled with money during visits to the campus – much to the delight of Kentucky head coach Mark Stoops.

Earlier in the week, Tennessee announced that it had fired head coach Jeremy Pruitt and that athletic director Phillip Fulmer would be retiring in the wake of news that the program was under investigation.

According to Dan Patrick, who broke the news about Tennessee allegedly paying recruits, “I asked my source how did they get these assistant coaches on recruiting violations. He said, well, they put money into McDonald’s bags and gave them to the recruits when they came on campus. Some of the campus visits were not organized, were not above board, but they were handing out cash. You literally had bagmen. They put the cash in McDonald’s bags.”

Following that report, former South Carolina running back and current member of the Carolina Panthers Mike Davis expressed disappointment on Twitter that he didn’t get paid back when he was in college.

Two guys who apparently did get paid, Todd Gurley and Johnny Manziel, responded to Davis with a couple of comical tweets.

College football fans may recall that back in 2014 Gurley was suspended by Georgia for taking money in exchange for autographs, while Manziel was famously investigated by the NCAA for getting paid to sign autographs – later admitting that he did get paid while in school.