Bre Tiesi, Johnny Manziel’s Wife, Changed Her Last Name And Removed All Association With Him From Instagram 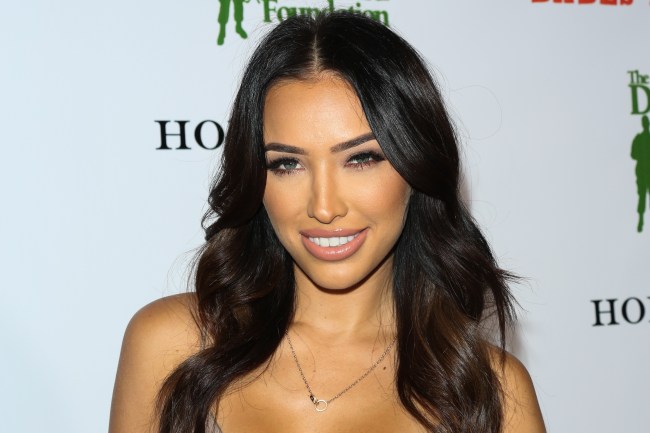 Johnny Manziel’s football career might be making a comeback after the former NFL first-round pick signed with the Alliance of American Football’s Memphis Express last week, but it looks like his personal life might be going downhill now. No, hopefully, not because he’s back to his partying ways, but because his wife, model Bre Tiesi, made a sneaky update to her Instagram that involved deleting all association with Manziel, as well as changing her last name — which had previously been shown as Bre Tiesi Manziel — back to just Bre Tiesi.

If you told me that, on the first day of the NCAA Tournament, I’d be writing about Johnny Manziel’s wife and her Instagram, I would’ve laughed in your face. Yet, here I am, giving you breaking news on a washed up football player who keeps getting chance after chance because he knows how to bring a crowd to wherever he’s at. Of course, I’ll show some sympathy for the 26-year-old because he’s endured a sh*t ton of negative stuff in his life already, but a lot of that has come from his own bad decisions.

Anyway, who knows what this really means from Bre Tiesi, who, last we saw, was accused of cheating on a half-marathon last month? Are they separating? Are they divorced? Are the just still married and it’s a way to bring more attention to themselves? Who the hell really knows, but hopefully it’s nothing that will make Johnny make more bad choices and ruin his latest opportunity to play football in the AAF.

For your viewing pleasure, here are some pictures of Bre Tiesi, because, whether she’s still actually together with Johnny Manziel or newly single, she’s really easy on the eyes.

Again, who knows what all this means from Bre Tiesi, but, just when Johnny Manziel thought his life was slowly getting back together, he gets thrown for a serious curveball with this. Forget Johnny Football, the dude really is Johnny Drama.