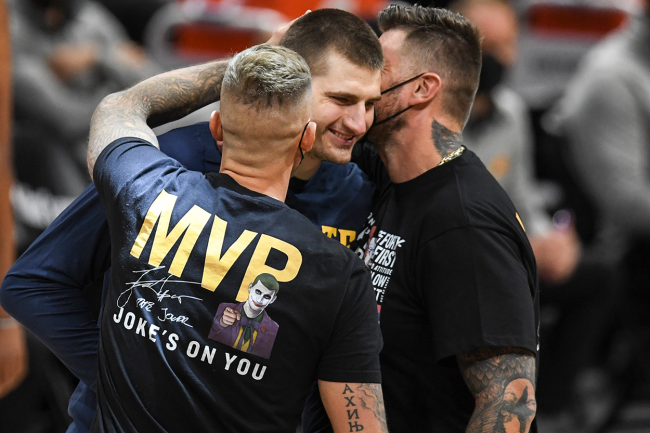 Nikola Jokic got the last laugh and had a good time doing. After getting revenge on Markieff Morris and the Heat on Monday, he and his brothers went clubbing in Miami and had the whole place turning up to the Serbian national anthem.

Earlier this year, Jokic and Morris got into a serious beef. During their last meeting, the former came flying in out of nowhere and rocked the latter, pushing him to the floor.

After the game, Markieff and his twin brother Marcus called out Jokic for his behavior. In response, Jokic’s two brothers joined Twitter.

On a joint account, the two threatened Morris and let him know that they “will be waiting” for him if he “wanted to make a step further.” And then, not long thereafter, the two escalated the disagreement by purchasing tickets to last night’s game in Miami.

As the two teams squared off for the first time since the first incident, the Jokic brothers sat right behind the bench. They were ready to pounce in case that something was to go down.

Nothing ended up escalating, but Jokic was booed the entire night. After the game, he had a savage response to the constant jeers.

Denver went on to win by nine and Jokic was three assists short of a triple-double. In turn, he and his brothers celebrated accordingly.

They hit the Miami club scene after the game.

The Jokic brothers and a few of his teammates swung by Swan Miami and had the place popping. Literally.

Bottle service was on deck and the place was bumping. At one point, the DJ even played the Serbian national anthem for the NBA MVP and his brothers.