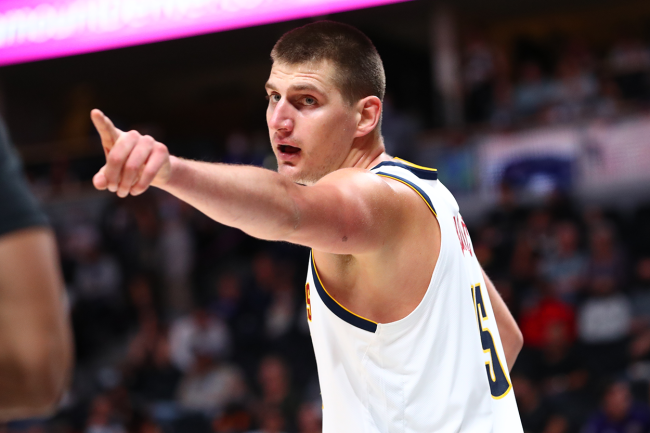 Nikola Jokic does not care about getting booed. The Nuggets’ 26-year-old big man was asked about the reaction he received from Heat fans on Wednesday and could not have been less phased.

Earlier this month, Jokic got into it with Miami players after cold-clocking Markieff Morris and pushing him to the floor. After the game, Heat players were waiting for Jokic outside of the locker room, looking for a fight.

Immediately after the game, Jokic’s brothers joined Twitter. On a joint account, the two threatened Morris, letting him know that they “will be waiting” for him if he “wanted to make a step further.”

Not long thereafter, the Jokic brothers purchased tickets to last night’s game in Miami. It was the first time that the two teams faced one another since the scuffle and they sat right behind the bench— just in case anything was to go down.

Although the tension in the air could have been cut with a knife, when the smoke cleared, no rematch between Morris and Jokic took place. Meanwhile, the 6-foot-11 Serbian dropped 24 points, 15 rebounds and seven assists in a 120-111 win in front of an away crowd and his brothers.

Every single time that he touched the ball on Monday night, Jokic was booed. From the initial introduction until the final buzzer.

After the game, the reigning MVP was asked how the boos affected him. He gave an all-time, cold-blooded answer.

“I played in Serbia, brother,” Jokic said. “I wish you guys could feel that.”

To him, the crowd was nothing.

Heat fans thought Jokic would be scared of soft boos after he played in this kind of atmosphere in Serbia 🔥 https://t.co/Q44oHUok3n pic.twitter.com/bRBVlybSPU

Denver moved to 10-10 on the early season with the win and Monday marked Jokic’s first game back from a wrist injury. Clearly, based on his performance, he feeds off of the energy— whether negative or positive.