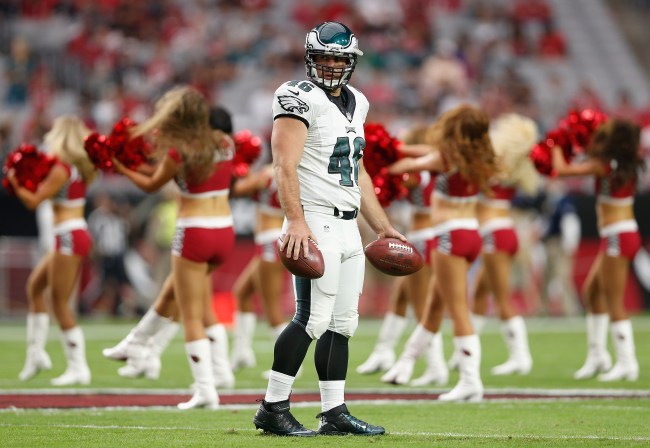 Jon Dorenbos spent 11 seasons with the Philadelphia Eagles as a long snapper before being traded to New Orleans in the 2017 preseason. During his physical in NOLA, doctors found an aortic aneurysm that required immediate surgery and ended his career.

The 37-year-old spent the entire 2017 season under heavy medication from the successful surgery and his strenuous recovery made it difficult to pay attention to the team he spent over a decade playing for. When the Eagles made a run to the Super Bowl, owner Jeff Lurie invited the veteran to Minnesota to capture its first championship since the pre-AFL-NFL merger.

“Had I played, I’d die. If you can’t play in it, this is the next best way to enjoy it,” Dorenbos told The New Orleans Advocate. “Mr. Lurie called me and said he wants me to be a part of it, said I was here a long time, and he said ‘We’re going to win this, and you’re going to get a ring.’”

Last week, the Philadelphia Eagles unveiled their 2018 Super Bowl Ring and gifted one to their Dorenbos. Check out the video of the two-time Pro Bowler picking up his bling.

The ring is being dubbed the ‘Philly Special’ as the 127 diamonds found on the bezel are meant to pay tribute to the three players who handled the ball post-snap, 127 is the sum of their three jersey numbers (Corey Clement #30, Trey Burton #88, and Nick Foles #9). There are 219 total diamonds on the ring and 17 green sapphires to add that stylish Philly green.