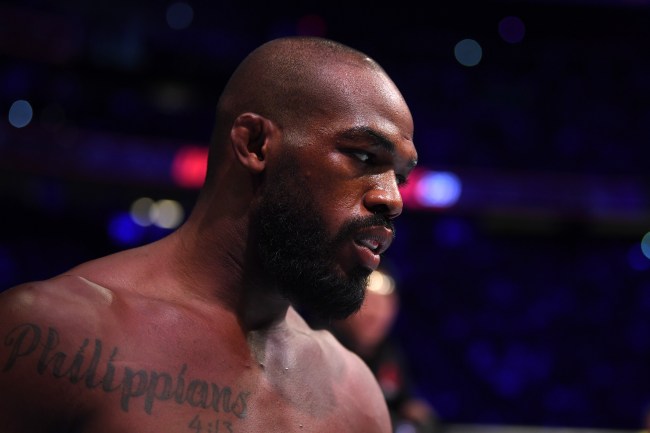 Jon Jones is, arguably, the most dominant UFC fighter to ever step into the Octagon. With a career record of 26-1-0, the current and two-time undisputed UFC Light Heavyweight Champion has pretty much taken on any fighter who dare comes into his presence on fight night, never holding back on giving an absolute beatdown in the process.

Unfortunately, Jones has also found himself in trouble with failed drug tests and other extracurricular activities throughout his career, leading to disciplinary action from the UFC over the past few years, which even included stripping the fighter of his titles and being removed from the official rankings. While Jon Jones has fought back and has since defended his title — most recently at UFC 247 against Dominick Reyes — the legacy of the badass mixed martial artist is always a hot debate because of all his vices.

Remember, Jones himself once admitted to experimenting with coke and/or weed prior to UFC fights, so the guy really had a serious problem; even if he was a world-class athlete.

Knowing all we do about Jon Jones, it probably doesn’t come as a shock that former UFC fighter Tim Kennedy recently revealed his experiences training with Jones. While appearing on Submission Radio, Kennedy described days when he would step into the gym and literally smell weed and booze pouring out of Jones.

“When he was like the hungry young lion and his personal life wasn’t bleeding over into his professional life, you saw a ferocious Mike Tyson-like thing, right? Then success came along, and so did money, and fame, and bad decisions, and DUI’s, and bribes, and coke, and strippers.”

“When he’s right, I hated training with him because he was so dominant. And then when he was off, like, if he had a night when he went out, you know, I could smell it. You know, you can smell booze, you can smell the weed.”

To think that Jon Jones has been such a superior fighter during his UFC days while still doing all this extracurricular stuff is wild. It goes to show that he really has God-given talent that could’ve made him even more untouchable had he been able to keep himself clean. How that would’ve impacted his MMA career, who knows? But it probably would’ve led him to more marketing opportunities, and a chance to earn more money outside of the Octagon.