Jon Rahm Comes To The Defense Of Phil Mickelson, Says His Legacy Shouldn’t Change Due To Controversy 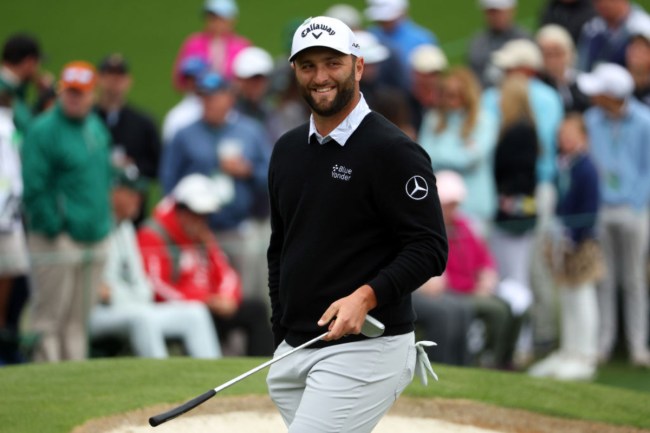 Some people believe Phil Mickelson’s legacy and reputation are finished after his recent comments, but Jon Rahm doesn’t see it that way.

There’s no arguing that Mickelson’s comments about the Saudi-backed breakaway tour and the bad-mouthing of the PGA Tour were idiotic, but for Rahm, that shouldn’t tarnish Lefty’s legacy.

Rahm spoke with Golf Channel’s Todd Lewis ahead of this week’s Mexico Open and laid out the reasons why the golf world needs to lay off Mickelson a bit.

“A lot of people focus on Tiger but he is easily one of the top 10 best players of all time. He is a Hall of Fame and we should recognize him as that. He has given his life to the public, no one has signed more autographs, no one has done more for the fans.”

“I don’t think his whole career or whole legacy should change because of a couple comments,” Rahm continued.

Rahm and Mickelson have been good friends for years now, despite their difference in age. The Spaniard attended Arizona State just like Mickelson did, and the two have had a strong relationship since Rahm arrived on the scene in the States.

What’s Next For Phil Mickelson?

Mickelson has gone completely dark after issuing an apology for his controversial comments back in February. Earlier this week, however, his agent shared that Mickelson has registered to play in both the PGA Championship and U.S. Open later this year. He’s also filed a request with the PGA Tour to play in the inaugural LIV Golf event in June.

Mickelson’s agent also said in a statement that Lefty “currently has no concrete plans” to actually play in any of the three events.