Jon Rahm Explains Why LIV Golf Is Not Appealing To Him, Hints At Money Saudis May Have Offered Him 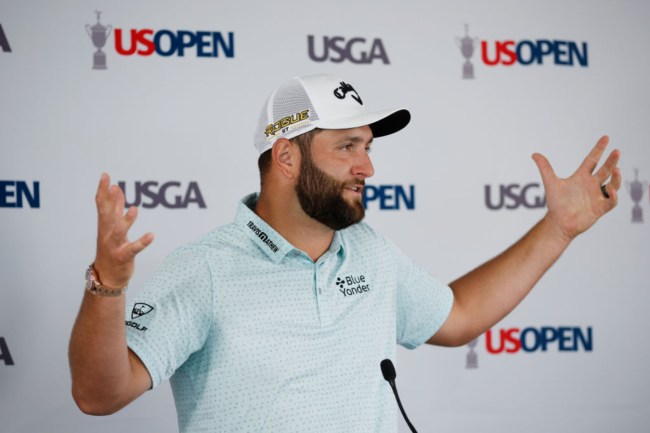 The defending U.S. Open champion was asked about LIV Golf during his pre-tournament press conference on Tuesday and shared his very thoughtful, detailed explanation as to why you’ll never see him playing on the rival circuit.

“To be honest, part of the format is not really appealing to me,” Rahm said.

“A shotgun start, three days, is not a golf tournament, with no cut, it’s that simple. I want to play against the best in the world in a format that’s been going on for hundreds of years.”

🗣️ "My heart is with the PGA Tour"

Jon Rahm says that he can understand the allure of joining the LIV Golf Series, however, he says the competition format doesn't appeal to him. pic.twitter.com/Euq1JMBXzc

It’s Not About The Money For Jon Rahm

While Rahm slamming LIV Golf’s format is a headline earner, so too were his words about why he plays the game of golf.

Rahm, who has made over $33 million on the PGA Tour alone, saying that he could retire today and live a very happy life was also refreshing to hear.

He specifically threw out the number of $400 million explaining how that sum of money wouldn’t change his lifestyle at all. Perhaps that’s the sign-on bonus the Saudis offered Rahm. That number isn’t all that shocking seeing as how Phil Mickelson reportedly got a $200 million sign-on bonus.

Not many professional athletes can give that sort of perspective and thoughtful explanation standing at a podium, and the Spaniard was able to do so while speaking his second language.