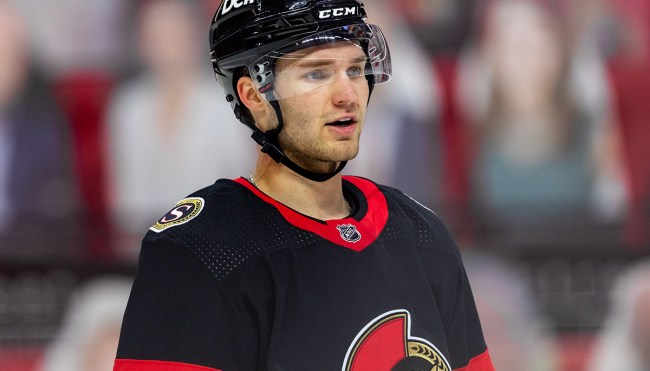 For many people, getting a tattoo is the end result of a well-thought-out and deliberate decision-making process that requires you to spend a fair amount of time reflecting on the things you care about so much you’re willing to have them permanently inked on your body.

However, that isn’t always the case. As anyone who got a handlebar mustache ironically embedded into the skin on their index finger between 2008 and 2012 proved, the long-term implications of a tattoo can often be a bit of an afterthought, and there are plenty of other people out there who have no problem sitting down in the chair for the sake of a bet or a dare.

That includes Mason Kohne, an Oregon resident and Ottawa Senators fan who decided to shoot Josh Norris a message in November to see if the center would be willing to send him an autographed jersey if Kohne tattooed his face on his chest. 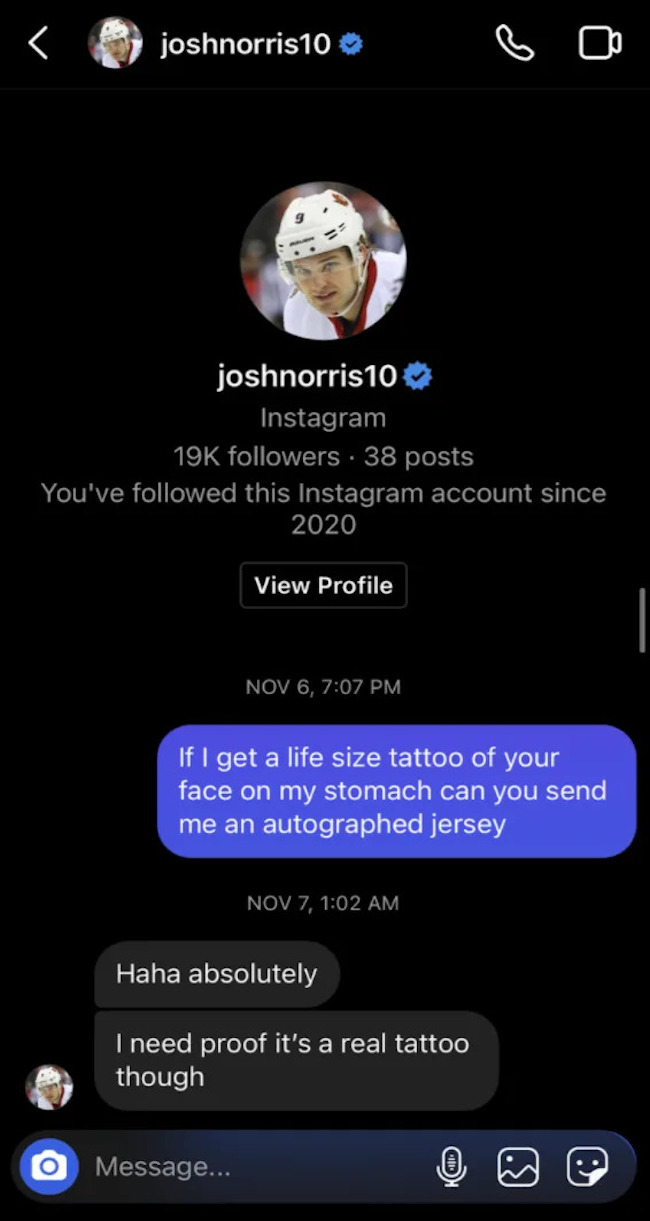 After Norris agreed to follow through, Kohne lived up to his end of the bargain while on vacation in Poland, where he dropped around $1,000 and spent three hours in a tattoo parlor to have Norris’ face added below the image of the Grinch that already graced his upper torso. 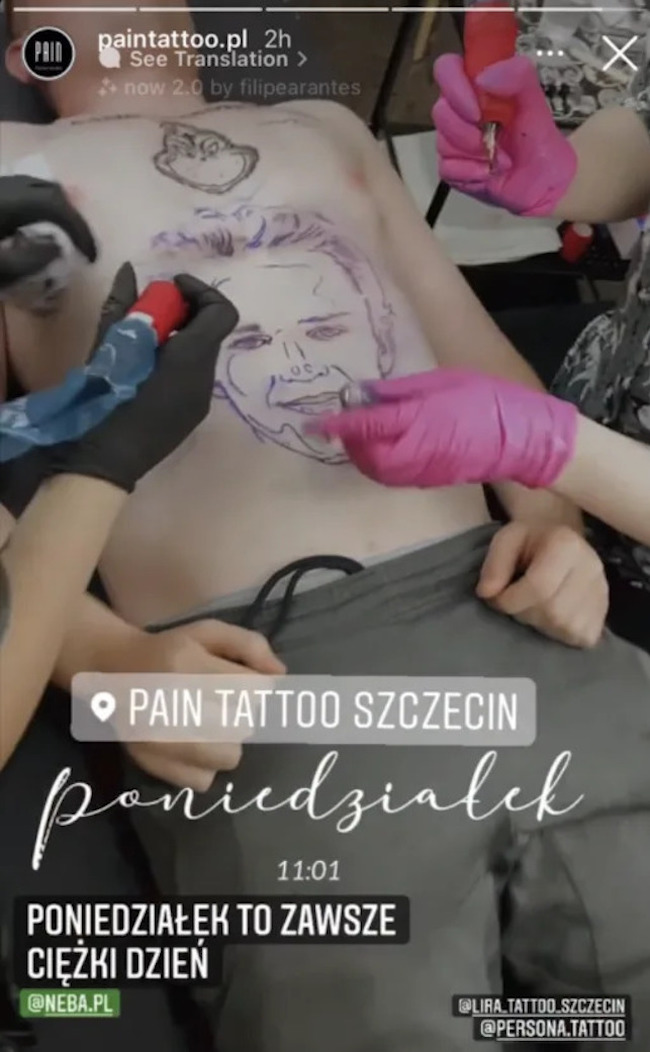 I almost got the same Josh Norris tattoo as this guy. pic.twitter.com/gW111tty95

However, he failed to hear back from Norris after providing him with the required evidence, and after hopping on the Senators’ subreddit in search of advice for what to do, Kohne connected with Yahoo Sports in the hopes of calling attention to his plight.

Thankfully, it all worked out in the end, as Kohne posted a picture of the care package he received from Norris earlier this week to officially cap off the saga.

I love a story with a happy ending.