This Kentucky Football Player’s Ad For A Local Dentist Is The Best Thing Since ‘Terry Tate: Office Linebacker’ 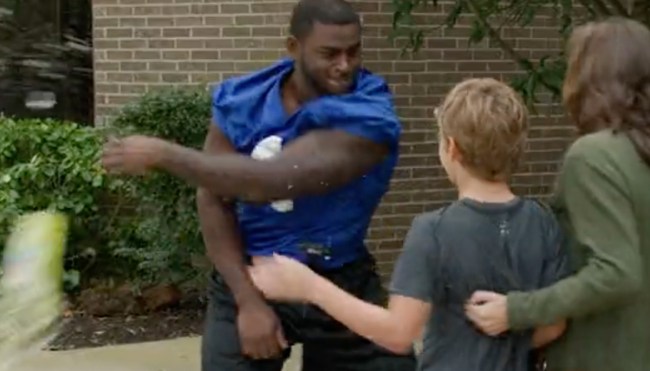 Earlier this year, the NCAA took an absolute beating at the hands of the Supreme Court justices who essentially gave the organization the same treatment The Bobs gave to Tom Smykowski in Office Space.

The undressing in question occurred during a disastrous hearing where the governing body of college sports attempted to defend a longstanding policy prohibiting student-athletes from profiting from their name, image, and likeness. A few months later, those justices delivered a death knell in the form of a unanimous decision that effectively stated the NCAA business model was built on a foundation of lies and ushered in a new era of college sports virtually overnight.

While pleading its case, the NCAA prophecized athletic programs around the country would start hemorrhaging supporters that purportedly viewed the sanctity of amateurism as the primary draw of college sports as opposed to, you know, sports.

In a shocking twist, that prediction failed to come to fruition as more and more players started to take advantage of the various endorsement deals up for grabs. More than a few of those partnerships have spawned some great stories, like the Kansas walk-on who caught the two-point conversion that capped off the Jayhawk’s shocking upset over Texas who was rewarded with his own commercial courtesy of Applebee’s.

However, I would argue Kentucky Wildcats defensive end Joshua Paschal has officially set the bar with an ad of his own that was filmed after he linked up with Steckler Pediatric Dentistry in Lexington.

I’m not sure how much he got paid to appear in this spot, but I can safely say the dental practice got its money’s worth thanks to an ad that’s best described as a hybrid of the classic “Terry Tate: Office Linebacker” commercials and the Chappelle’s Show sketch where the comedian plays NBA Street with a Make-a-Wish recipient.

It’s been great working with Steckler Pediatric Dentistry (@kykidsdentist) and the kids in the community with their oral health! I am the #DefenderOfDecay! @creativecaddie #ad pic.twitter.com/HT8OGg2Bx2