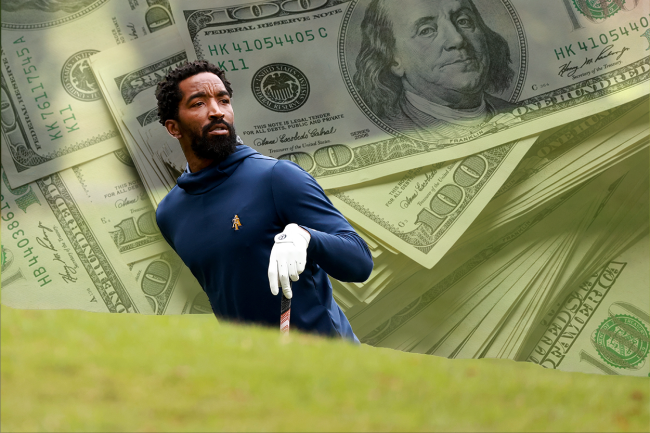 When the NCAA implemented its new rules on Name, Image and Likeness last summer, it probably didn’t anticipate a 36-year-old, two-time NBA champion signing a deal as a college golfer. But that’s exactly what happened this week and it’s sure to make a lot of PGA Tour players very jealous.

J.R. Smith, who played 16 years in the NBA and earned more than $90 million during his career, is currently a freshman on the golf team at North Carolina A&T. Smith was drafted straight out of high school, so he has four years of eligibility remaining with the Aggies.

Back in October, Smith played his first college golf tournament and showed flashes of greatness despite his struggles. He also arrived in a Bentley and stepped on a beehive.

In January, as Smith began his second semester in Greensboro, he signed with an agency to seek opportunities in the NIL space. It payed off.

On Thursday afternoon, it was announced that Smith signed a brand ambassador deal for his Name, Image and Likeness with LuLulemon.

The terms of the deal are undisclosed, but Smith is set to be part of LuLulemon’s marketing in the golf space going forward. Particularly with the brand’s Evolution Polo line.

This is interesting because Smith is the first male golf endorser to sign with LuLulemon. Rather than signing any of the PGA Tour or Korn Ferry Tour players, or any of the normal-aged collegiate golfers, LuLulemon went out of the box.

Instead of inking World No. 1 Scottie Scheffler or any other top-ranked golfer, LuLu signed a former NBA guard who is now a college golfer at an HBCU. That is sure to make quite a few professional club-swingers mighty jealous.