People Are Stunned And Angry Over Judge’s Decision In Vanessa Bryant Lawsuit Against L.A. County 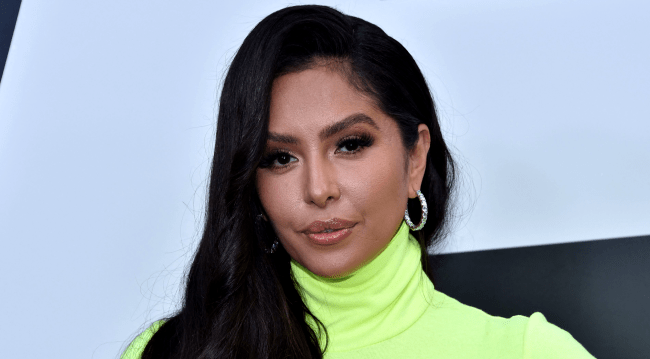 Two weeks ago, the judge presiding over Vanessa Bryant’s lawsuit against Los Angeles County ruled that she and other plaintiffs suing the county would not have to undergo psychiatric evaluations to determine the extent of their actual emotional distress caused by the alleged sharing of graphic crash scene photos.

Vanessa Bryant is suing Los Angeles County over the alleged sharing of photos of victims’ bodies, including those of her late husband Kobe Bryant and daughter Gianna, at the helicopter crash scene by emergency medical workers.

On Monday it was reported that the same judge, U.S. Magistrate Judge Charles F. Eick, made a bit of an about face in the case when he ruled that Vanessa Bryant now must turn over her therapy records to Los Angeles County attorneys.

Related: Vanessa Bryant Lawsuit Reveals How She Learned Of Crash, Details Of The Immediate Aftermath

Eick also stated, “The requests are plainly relevant to the claims and defenses herein and, as narrowed by this order, the requests are proportional to the needs of the case.”

Los Angeles County lawyers had requested Vanessa Bryant’s therapy records all the way back to 2010, but Judge Eick limited it to the years since 2017.

“The County continues to have nothing but the deepest sympathy for the enormous grief Ms. Bryant suffered as a result of the tragic helicopter accident. We are gratified that the Court has granted our motion for access to her medical records, as it is a standard request in lawsuits where a plaintiff demands millions of dollars for claims of emotional distress,” L.A. County attorney Skip Miller wrote in a statement on Monday.

Mari Saigal, one of Vanessa Bryant’s lawyers, responded in a court document filed prior to the judge’s ruling, “This effort should be seen for what it is: an attempt to bully Mrs. Bryant into dropping her case to avoid her private therapy records being brandished in open court and reported on by media outlets.”

The judge disagreed, calling the county’s “purpose in seeking this discovery appears neither abusive nor harassing.”

Vanessa Bryant now has until Nov. 29 to turn over the records.

Reactions by many people on social media were filled with shock and anger over the judge’s ruling in the case.

what they are doing to her right now is abuse and traumatic ,,, redic

WOAH!!!! This judge did not ask Vanessa Bryant to turn over therapy records. Oh my god

No one should have to turn over their therapy files unless they're reported as a direct threat to someone. Shameful that this would be allowed.

First responders took graphic pictures of Kobe’s helicopter accident and shared them. Clearly those are the people in the wrong here. Why should Vanessa Bryant have to do this? Like how is it not believable that those pictures being shared caused her even more emotional distress? https://t.co/sg5CmQpSBZ

Judge is biased against Vanessa Bryant.

On the flip side…

Just remember she wants to take millions of taxpayer dollars.