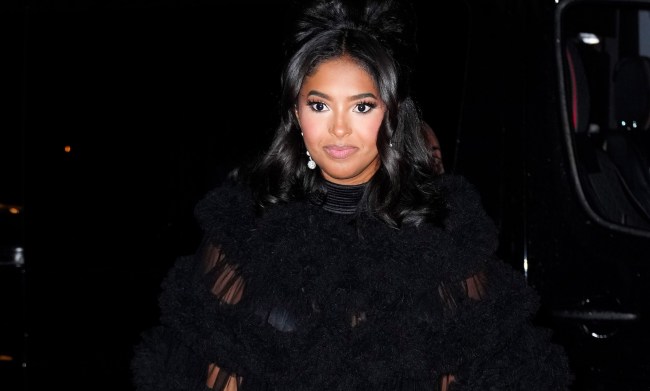 Kobe Bryant’s widow Vanessa Bryant is having a very positive week. Not only does her late husband’s estate stand to receive around $400 million with Coca-Cola’s recent acquisition of BodyArmor, she also won’t have to undergo a psychiatric evaluation as part of her lawsuit for emotional distress against Los Angeles County.

Los Angeles County attorneys had been requesting independent medical examinations including psychiatric evaluations for each of the plaintiffs that are suing the county, including Vanessa Bryant, to determine the extent of their actual emotional distress caused by the alleged sharing of the graphic photos.

U.S. Magistrate Judge Charles F. Eick ruled that the county’s request was untimely given that a trial is scheduled for February 2022, reports the Los Angeles Times.

Los Angeles County attorneys argued that since Vanessa Bryant didn’t actually see the photos herself, it couldn’t have cause her significant emotional distress.

“The fact remains that no crash site photos taken by first responders have ever been publicly disseminated, as Ms. Bryant confirmed in her deposition,” said attorney Skip Miller.

“We totally sympathize with the enormous loss she has suffered. But as a legal matter, we don’t believe she could be harmed by something that didn’t occur.”

Related: Vanessa Bryant Lawsuit Reveals How She Learned Of Crash, Details Of The Immediate Aftermath

“The County’s tactics are simply a cruel attempt to extract a price for victims to obtain accountability,” Li stated in court documents. “Rather than take accountability for conduct the Sheriff himself has called ‘wildly inappropriate’ and ‘disgusting,’ the County has chosen to pull out all the stops to make the case as painful as possible.”

Judge Eick also ruled that Christopher Chester, the husband of Sarah Chester and father of 13-year-old Payton who also died in the crash, also does not have to undergo a psychiatric evaluation as part of his lawsuit against the county.

Eick’s ruling in Bryant’s case, however, was given “without prejudice” so L.A. County could again ask Vanessa Bryant and others to take psychiatric exams at a later date.

Also on Monday, Vanessa Bryant penned an emotional message to her late husband about the foresight he showed with his investment in BodyArmor.

“Congratulations Papi!!! This is ‘no pie in the sky.’ You did it! Always one step ahead,” Vanessa wrote on social media.

“I’m so proud of everything you were able to accomplish. I wish you were here to celebrate. You deserve all the recognition for this. You continue being GREAT. Te amo per siempre. Congratulations Kobe, Mike Repole & @drinkbodyarmor team @kobebryant, you are the GOAT in everything you put your mind to.”