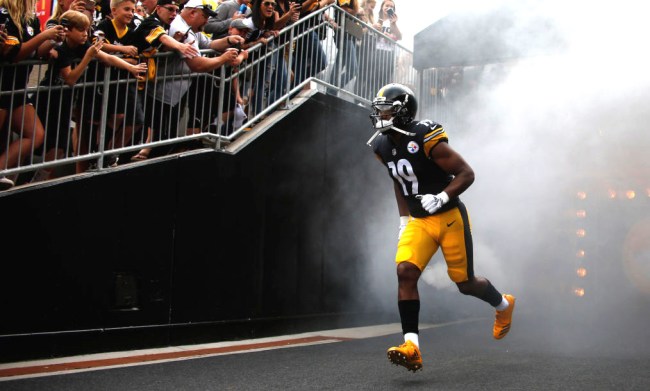 While a two-girl-old girl, of all people, ended up winning the internet on Halloween with her headless costume, it was wide receiver JuJu Smith-Schuster, one of the most fan-friendly guys in the NFL, who won Pittsburgh when he went trick-or-treating wearing his full Steelers uniform.

The 21-year-old Schuster, who at one time was the youngest player in the NFL, seems to really appreciate his lot in life and and always appears to be having more fun than anyone should be allowed to have.

From spending $120 on Mega Millions tickets in hopes of ending Le’Veon Bell’s holdout to shooting his shot with Elastigirl from The Incredibles, Schuster is one of the most entertaining guys in the league.

Man @LeVeonBell I did my best for you!!! No luck tho 😭😂 https://t.co/yFmXylmFgm

I recognize this trick-or-treater in the middle. Juju is the man. pic.twitter.com/kz3zLySCvu

Now imagine you’re driving around on Halloween and that same guy is handing out candy on the street. That would look a lot like this…