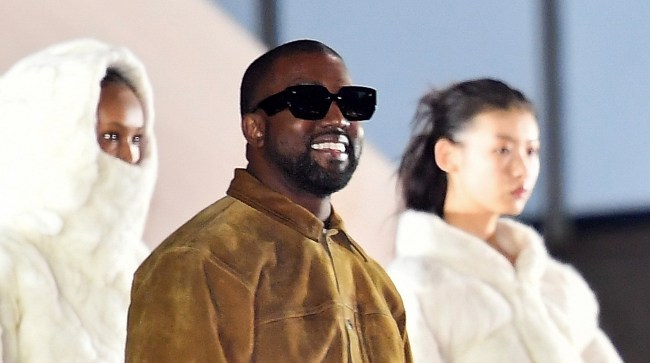 Kanye West is not like the rest of us. This we know. Almost nothing he does is normal or mundane.

For example, just this week Kanye was put on the presidential ballot in Mississippi despite literally not having any chance whatsoever of actually winning the election because he can’t get enough electoral college votes. (He isn’t going to be on the ballot in numerous states and Illinois and New Jersey have already rejected his petitions due to fake signatures, which could land him in prison. Arizona also just rejected his petition.)

On Tuesday, Kanye tweeted from the hospital what appears to be an x-ray of his hand and wrist with the message, “Too much texting bro. Had to get the cortisone mixed with a wittle sprinkle of lidocaine.”

Too much texting bro Had to get the cortisone mixed with a wittle sprinkle of lidocaine 🥋 pic.twitter.com/09O5givghJ

He also shared a video of himself getting the injection with the caption, “Lidocaine worked instantly!!! The dexamethasone takes 24 to 48 hours Modern medicine.”

So to see him watching the NBA playoff game between the Toronto Raptors and Boston Celtics on Wednesday night on a gigantic 100-foot TV screen? For Kanye, that’s pretty much just another day in the life.

Naturally, as is always the case with something as unusual as this, especially when it comes to Kanye, the internet had a blast making jokes and comments after SportsCenter shared the video on its Twitter account.

While me just looking at the game on my phone: pic.twitter.com/8qbaFtm6dE

He probably high AF and yellin “I’m open pass the rock!”😂 Either that or he morphed into a cat’s consciousness and trying to figure some stuff out.

Normal people are just moving their eyes to watch the ball. He’s running down the court with the players to even see the ball.

he could lay it down and then ball on it. regulation standards

This me in my oculus goggles

My 20 month old daughter does this to our TV and I tell her to back her a** up before she goes blind. Ye needs to back up

Literally the only time I have ever been jealous of Kayne 😲