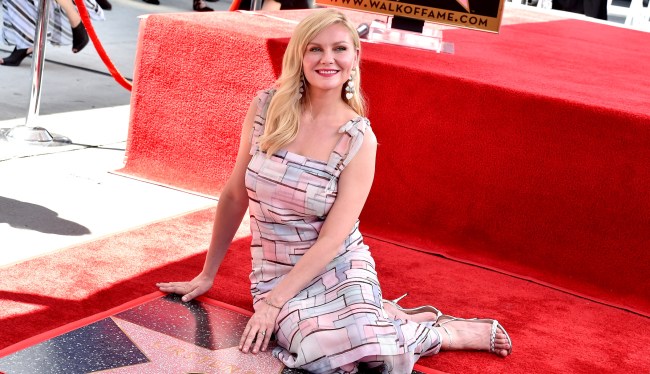 As you may have heard, Kanye West is running for President of the United States this year. (If he doesn’t end up in prison.)

As such, he and his campaign minions have been hard at it gathering up signatures – some of them even real – to get himself on the ballot in assorted stratgeic states.

They have also been trying to drum up support for Kayne’s presidential campaign, as one does in the year of our Lord 2020, by using social media. That is, when he isn’t working on his Christian version of TikTok, Jesus Tok.

They have been using the hashtag #2020VISION and images of various smiling faces in his campaign promos.

Yes, that’s right, a very confused Kirsten Dunst took to Twitter on Wednesday wondering exactly how it is that her photo ended up in a Kanye West presidential campaign promo.

And she’s not alone.

Vogue editor Anna Wintour is also one of the many faces featured in the ad. And she too would like to know why that is, as well.

According to People, neither Dunst nor Wintour agreed to the use of their images in Kanye’s ad, which makes one wonder if any of the people in the photos had any idea they were being used to promote Kayne’s presidential bid.

People says Kayne’s campaign did not immediately respond to a request for comment on the issue. Shocker.

Currently, West will appear on the ballots in Arkansas, Colorado, Oklahoma, Utah and Vermont, with petitions in Iowa, Missouri, Minnesota, Montana, Ohio and West Virginia still pending. Illinois and New Jersey have already rejected his petitions due to fake signatures.

This means, as of today, the most electoral college votes he is eligible to receive is 31. You need at least 270 to win and actually become President.

So yeah, what she said…

"This is not the time to withhold our votes in protest or waste our votes on candidates with no chance of winning."@MichelleObama, dropping major shade at Green Party/Libertarian/Kanye voters.