Kanye West Officially Names His VP On Ballot Filings… Who Is Michelle Tidball? 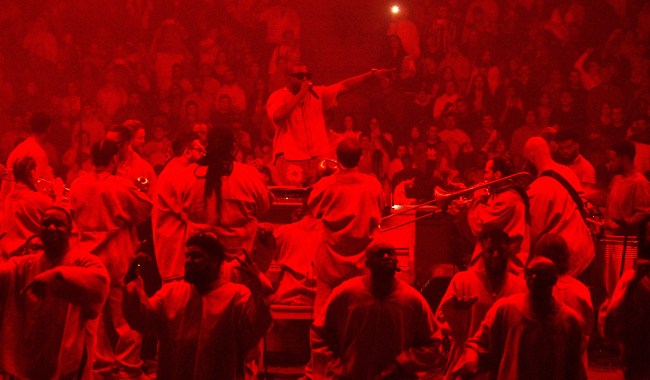 Hard to believe, but the Kanye West presidential campaign is still rolling along one month after the rapper announced his candidacy.

Not that there haven’t been a few bumps in the road so far.

There was the bizarre campaign rally in South Carolina where Kanye stunned the crowd after saying “Harriet Tubman never actually freed slaves.”

And the fact that despite holding that rally in South Carolina he failed to make the presidential ballot.

Then there was the small issue of an attorney claiming West’s presidential petition in New Jersey contained over 600 fake signatures.

He’s still carrying on, just not very efficiently, as this week Kanye failed to meet the deadlines in Nebraska, New York, Kansas and Maryland for being put on the presidential ballot. So much for those 50 electoral votes.

West’s campaign did manage to successfully file in Arkansas, West Virginia and Vermont this week, however.

It was in Arkansas and Vermont that Kanye officially listed his vice presidential running mate on the ballots and it is, as was previously surmised, Kanye’s “Biblical life coach” Michelle Tidball. She was also listed as West’s VP on the Missouri ballot filing he made last week, reports TMZ.

So, who is this Michelle Tidball?

Tidball is a 57-year-old who works in a dental office in Cody, Wyoming, where West owns a ranch. She’s also, as mentioned a self-proclaimed “biblical life coach” who claims she can communicate with God and charges $65 for a 50 minute one-on-one session, according to the New Yorker.

Tidball also has some very bad takes on mental health, which is odd considering West’s well-chronicled history of bipolar disorder.

She claimed at one point that in her 10 years working with the mentally ill she learned, “If you would get up every day and make your bed and do your dishes — you would be better.”

That’s it. Just do your chores and you’re good.

That video and other have since been removed from her website following Ye’s announcement of her being his running mate.

According to Tidball’s bio — which has also now been pulled from her site — she has pursued God since she was 6 months old and was “slipping away into a crib death.” She says she remembers God visiting her in the hospital and she made the decision at 17 to follow him for life.

She claims she has “various degrees in mental health and criminal justice.” We’ve confirmed she earned a B.A. in Psychology from the University of Wyoming in 2003.

Michelle says she worked as a mental health therapist for 10 years before transitioning to life coaching to help people get “unstuck” in their lives “using biblical principals and wisdom.”

Under My Story on her site, Tidball writes, “As long as I remember I have always desired to know God. I came into His light when I was seventeen years old and determined to follow Him all the days of my life! I have devoted my life to serving Him and serving others. I believe in following His cycles by celebrating the Feasts, Sabbaths and obeying His word.

“I have a Bachelor Degrees in Psychology and Criminal Justice and a Master’s Degree in Addiction Psychology. I have worked in these fields for over 20 years and found my life passion as a Life Coach at the same time. Coaching allows people to get ‘unstuck’ in their lives by using wisdom and biblical principles.”

So what do you think? Is Tidball a better or worse alternative than Pence?