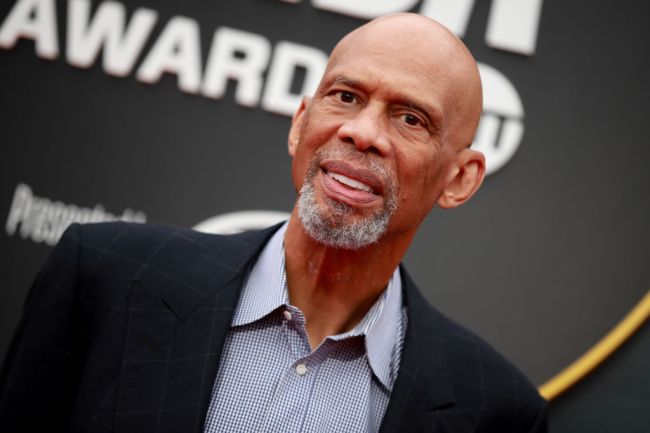 Earlier this week, we brought you the story of Kareem Abdul-Jabbar — who was in Los Angeles to give Carmelo Anthony the “Social Justice Champion” award — taking some shots at LeBron James by saying “Some of the things he’s done, he should be embarrassed about.”

Kareem’s comments naturally made headlines across the sports world, and as a result, the 74-year-old basketball legend has since backtracked and has “wholeheartedly” apologized to LeBron.

“All I have to say is this: I was there to give Carmelo Anthony the Social Justice Champion Award. I’ve been talking to the press since high school. That’s 60 years of making statements. And I haven’t always gotten it right. And Sunday was one of those nights.”

“It wasn’t my intention to criticize LeBron in any way. He’s done so much for the Black community as well as for the game of basketball. We may not always agree, but I want to whole-heartedly apologize to LeBron and make it clear to him that I have tremendous respect for him. If he can accept that, I’ll be very happy.” [via Los Angeles Times]

Kareem’s comments likely made a bad week worse for LeBron, as LBJ, Anthony Davis, Russell Westbrook, and the rest of the Los Angeles Lakers were officially eliminated from playoff contention following a loss to the Phoenix Suns on Tuesday night. This will be just the fourth time in LeBron’s legendary career that his team has failed to qualify for the postseason.

RELATED: The Los Angeles Lakers Are Being Called The ‘Most Disappointing Team In NBA History’ After Team Officially Gets Eliminated From Play-In Tournament