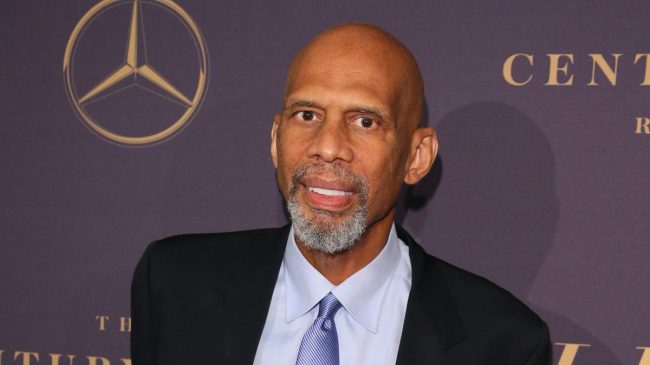 Kareem Abdul-Jabbar really, really does not like Kyrie Irving.

The NBA legend has spoken out more than once on Irving’s antics as well as his COVD-19 vaccine conspiracy theories. Jabbar also has a long history of political activism.

“My criteria has to do with someone who has seen issues, problem…within his community and has done something about it using his platform as a professional athlete,” Abdul-Jabbar said of the selection process for the NBA’s Kareem Abdul-Jabbar Social Justice Champion Award in an interview with the Washington Post.. “We’ve got a lot of guys who have done that. The NBA has a decades-long tradition of activism, doing things in their communities and navigating for social justice. This is nothing new.”

Irving’s history is well documented. Whether it’s flicking off fans, claiming the Earth is flat, or vaccine skepticism, he’s often found himself in the center of controversy. Abdul-Jabbar has seen enough.

Let’s make sure our kids have the right kind of role models. Kyrie Irving should reconsider his behavior because young people look up
to him. pic.twitter.com/FyEQmE14Om

The six-time NBA MVP dedicated a portion of his most-recent substack post to addressing Irving.

There is some irony in this news item coming right after the previous one about the miseducation of American youth. Because Kyrie Irving’s thought process is an example of what happens when the education system fails.

But now Irving is back and more destructive, insensitive, and just plain silly than before. He decided it would be a good idea to post a 2002 video clip from Infowars founder Alex Jones. Yeah, the guy who has been on trial for denying the Sandy Hook shootings and who previously admitted in open court that he’s a performer and his onscreen persona is just a character (that bilks millions of dollars from unaware viewers). The main gist of the clip is a warning about a cabal of international leaders who are secretly releasing plagues on the world from which they can profit. (Of course, we know who really profits from making this claim.)

Alex Jones is one of the most despicable human beings alive and to associate with him means you share his stench.

Kyrie Irving would be dismissed as a comical buffoon if it weren’t for his influence over young people who look up to athletes. When I look at some of the athletes who have used their status to actually improve society—Colin Kaepernick, LeBron James, Muhammad Ali, Bill Russel, Billie Jean King, Arthur Ashe, and more—it becomes clear how much Irving has tarnished the reputations of all athletes who strive to be seen as more than dumb jocks.

Jabbar isn’t mincing his words. It’s clear he has no love lost for Irving. But even beyond that, he appears disappointed in Irving’s repeated behaviors.

Irving has not yet issued a response to the NBA legend. But you just know that one is coming.