The Giants Founder’s Great-Granddaughter, Kate Mara, Is Not Happy With The Eli Manning Benching 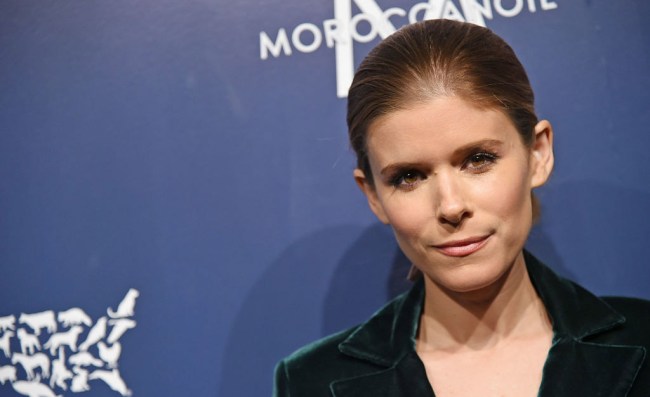 You guys know who Kate Mara is, right? The House of Cards actress who had to dump her boyfriend when he dented the Vince Lombardi Trophy in 2016? Yeah, her.

Well, the reason she was even in close proximity to the Vince Lombardi Trophy is because her great-grandfathers were Tim Mara, the founder of the New York Giants, and Art Rooney, Sr., the founder of the Pittsburgh Steelers. Heck, even her middle name is Rooney and her sister, another actress you may have heard of, is named Patricia Rooney Mara, but goes by just Rooney. Their uncle, John Mara, still runs the team after taking over from her grandfather Wellington Mara.

So yeah, she might know a thing or two about football.

So when news broke on Tuesday that Giants franchise QB Eli Manning was going to actually get benched for Geno Smith on Sunday many people were obviously very, very upset about it. (There were signs it was coming as far back as September, but no one really believed it would happen.)

Among those who expressed their unhappiness with this decision, was, you guessed it, Kate Mara, who voiced her displeasure on social media, tweeting…

The only quarterback that’s ever thrown me the ball. I can’t say I agree with the decision… https://t.co/PogTrznzUO

Needless to say, she received a WHOLE LOT of support in regard to her sentiments on Manning being benched.

Kate, please tell your relatives how unpopular this decision is. We’ve been through enough this year. Eli deserves better from the Giants.

HEY!!! Can you please tell your uncle he needs to explain this garbage to the fans??

John doesn't realize he just lost the whole city with this

Thank god at least 1 Mara understands the magnitude of this decision . This has been a very sad day in @Giants history .

Even the guy who was BENCHED because of Eli Manning, Hall of Famer Kurt Warner said on NFL Network that it was wrong…

“This is so much bigger than Eli Manning,” Warner explained on NFL Network’s Up To the Minute Live. “This is about an entire organization that has gone sideways, and if you got one guy that represents what this organization has been about and the character and the success of this organization it’s that guy who has been under center in Eli Manning. He’s never done anything but show character and do things the right way. Kudos to him for saying, ‘If you’re just starting me for this streak, forget it. I want to compete. I want to play football, that’s why I’m here.’

“To me, shame on the Giants. This is one of those things to me that you need to start Eli with the idea of we’re going to try to win every game. If it gets sideways, then maybe you go to the young guys but this isn’t something where you go to Eli and say we’re definitely going to play these other guys. This guy has earned the right to compete every game that he’s there in my opinion because it’s not just him. If it was just Eli Manning, and he wasn’t playing well and the rest of the team was there, I’d understand making the change. This is so much better than that. To me it’s amazing it has come to this for a guy who has really been a model for that organization. … I’m just disappointed that it came to this.”

Yeah, we don’t get it either.