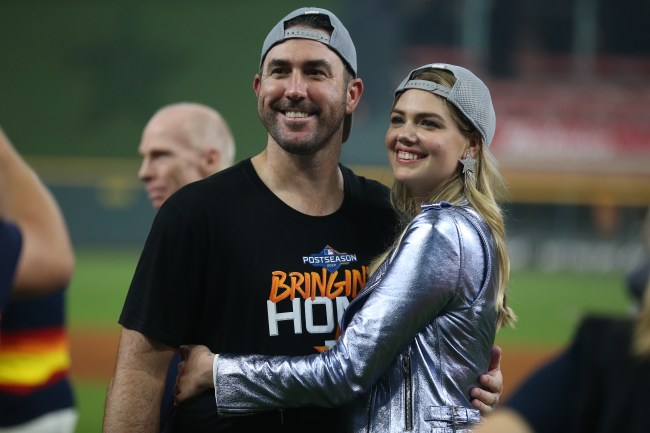 I’m not sure if you ladies and gentlemen have been tuning into the World Series, but it’s been electric. And this is coming from a guy whose baseball fandom is like my proclivity for anime porn–I fade and and out, but when I’m in, lock the door and move out of my fucking way.

I regret saying that.

In any event, the baseball world was spun into outrage during Tuesday night’s Game 6 over a controversial call during the top of the 7th inning.

With a runner of first and clinging to a one-run lead, Nationals’ Trea Turner hit a chopper down the third baseline. Pitcher Brad Peacock fielded the grounder and threw the ball ended up in right field, with runners advancing to second and third.

Not so fast, says umpire Sam Holbrook. Turner was called out by way of interference, as he was outside of the base path.

Trea Turner was called out on this play.

This call infuriated everyone in the Nationals dugout and beyond, with Turner audibly calling out Joe Torre, Major League Baseball’s chief baseball officer, who was sitting nearby. (Torre would later defend Holbrook’s interference call, predictably.)

Trea Turner: “Joe Torre is sitting right there … he’s sitting with his head down trying not to look up.” pic.twitter.com/BM92dbAKGN

Nationals’ manager Davey Martinez took it up a notch.

Davey Martinez was about as angry as a human can be pic.twitter.com/gULVYsCm6C

While the umpires were huddling up for five minutes and putting in a call to the review booth only to ultimately uphold the call, Upton shot out this tweet.

He wasn’t within the base path. Those who don’t know the rule you HAVE to run inside the 2 lines. Not sure why the review is taking so long… pic.twitter.com/SzUJTA4L70

Never in all my years bandwagoning baseball have I seen a guy get penalized for hitting the ball and running in a straight line. The fact that Upton was so cocksure in her opinion of an obscure call did not sit well with people who were already upset by it.

The rule is the yellow not the red. He can run as far left as the grass. The left chalk line does not limit the runner- that line is only there to determine fair/foul pic.twitter.com/Z1pC2TzIFP

Her husband not be able to win a World Series game.

I agree with Kate. Altuve was way out. pic.twitter.com/Lxj3MnkVLi

^I legit laughed out loud at this one.

Kate on Thursday when the @astros lose game 7. pic.twitter.com/cxTTfuOB7y

Kate has responded to the mean comments.

I LOVE talking about sports and reading all of the dumb misogynist comments. It reminds me that women need to keep fighting for equality. It’s 2019 but feels like the 1950s. #feminist

Get you a woman who will irrationally fight for you even if you are 0-6 in your World Series career.