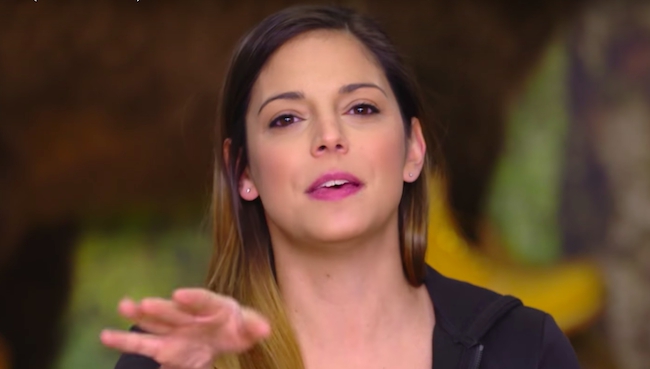 The past couple of years have been quite the ride for the entertainingly candid Katie Nolan, who won an Emmy for her work on Fox Sports 1’s Garbage Time before defecting to ESPN because the network had no idea how to take advantage of her talents. She’s spent the past few months establishing her presence on the Worldwide Leader’s programs and digital platforms and is now gearing up to host a podcast set to premiere this month.

Nolan appeared on Viceland’s infinitely entertaining Desus and Mero on Wednesday to shoot the shit about a wide variety of topics, including how she found out how she landed a job at her new home (while sitting on her couch in sweatpants playing video games) and what it’s like to be pseudo-famous (which involves being randomly stopped on the street and occasionally getting Googled by strangers in bars).

However, the highlight of the conversation was undoubtedly her comments concerning Tom Brady. Nolan— who is a diehard Patriots fan— was asked if she’d ever been nervous to meet someone, and she said the face of the franchise is the only person she’s ever consciously avoided.

She explained her reasoning, saying:

Nolan also theorized the only reason Brady put the “Make America Great Again” hat he was gifted by Donald Trump (who she refers to by a phrase that was apparently so obscene even Vice had to censor it) in his locker was because he viewed it as nothing more than a “friend hat,” painting an oddly amusing picture of the QB as someone who decided to devote a bit too many of his development points to football intelligence when starting the RPG known as “life.”

Nolan added a disclaimer to her comments before the show aired warning she was sick when the conversation took place and implied the meds she was taking might have caused her to be slightly more unfiltered than she usually is.

pls note: i have the flu but am also this awkward in regular life https://t.co/RoFPSMpJPl

She’ll undoubtedly catch some shit from people on the internet who haven’t found anything else to get angry about today, but something tells me they’re not going to get the apology they’ll be hoping for.